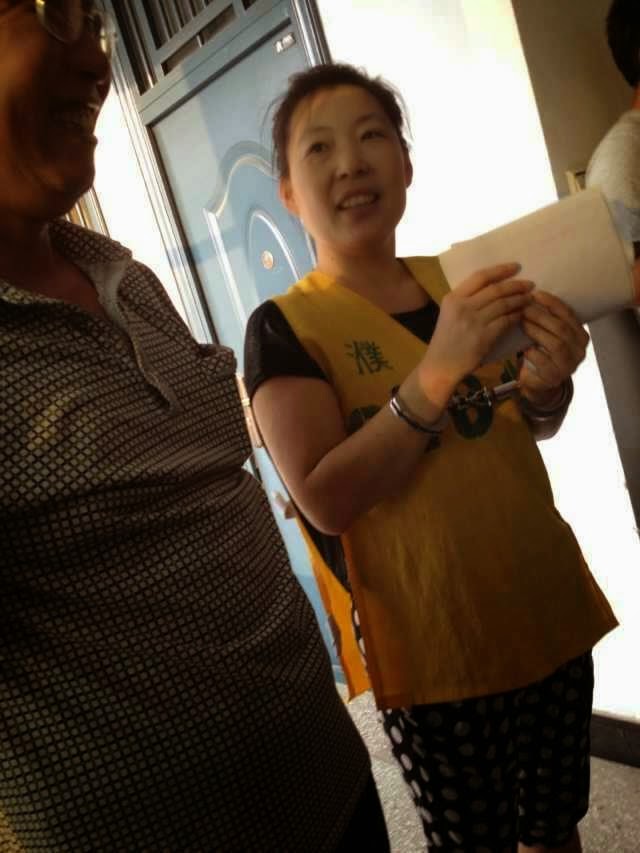 (Nanle County, Henan—Sept. 8, 2014) The trial for two Nanle County believers detained in mid-November began on Tuesday in China’s central Henan with the verdict expected to be announced at any time.

The courtroom opened at 9 a.m. on Tuesday for trial of first instance for Christians Zhang Cuijuan, sister of Pastor Zhang Shaojie, and Nanle County Christian Church employee Zhao Junling and ended without a verdict, which was expected to be announced within three days. At this time, the verdict is still unknown.

Zhang Cuijuan was represented by Li Baiguang and Liu Peifu; meanwhile, Zhao was without an attorney after being tricked into dismissing his lawyer. Zhao was told by the public security bureau, the procuratorate and the court that he would be granted bail pending trial and a shorter sentence if he would dismiss his lawyer.

During the trial, Zhang Cuijuan’s lawyers said that the authorities had violated procedure while handling the case. “Zhang Cuijuan was taken away on Nov. 16, 2013, and it was not until Sept. 2, 2014, that the court opens for her case, in which she is charged with gathering a crowd to disrupt public order,” Liu told China Aid.

Liu also said that detention for such a charge should last six months at most; however, Zhang Cuijuan and Zhao were detained for 10 months. He also reported that the court denied the lawyers’ request for witnesses to appear in court.

Lawyers learned at the trial that there were three incidents, over the course of several years, which the court used to prosecute Zhang Cuijuan for “gathering a crowd to disrupt the public order.”

The first of these incidents involved Zhao. Authorities confiscated church property worth 10,000 yuan (US $1,630) via a local bank to cover an extra-child fine Zhao owed. Zhang Cuijuan, who knew the bank’s governor, went to mediate the removal of church property. The court said that this was the first instance of disrupting the public order.

The second instance involved a dispute between a local dentist and Zhang Cuijuan’s sister after the dentist made a mistake. Zhang Cuijuan’s 8-year-old niece, Zhang Yuqing, was taken to the dentist for braces by her mother. An elastic band was forgotten on her gums, resulting in the removal of a section of gums above her two front teeth and leaving Yuqing embarrassed by her appearance. Zhang Cuijuan tried unsuccessfully to negotiate with the responsible doctor and reported the incident to the Bureau of Health.

The final incident used to charge Zhang Cuijuan was when she negotiated with the life insurance company of church member’s husband, who passed away in his hotel room while on a business trip. The family consulted Zhang Cuijuan because she was a manager at another insurance company. Believing that the family was owed the sum of the life insurance policy, she went to inquire about the conflict, which police deemed disruption of the public order. [Editor’s note: This incident was incorrectly confused in a previous report with a situation that occurred between another church member, Li Cairen, and her son’s employer.]

Meanwhile, the court only allowed two family members to enter the courtroom as visitors despite the more than 50 church members who arrived, hoping to attend in a show of support.

One of Zhang Cuijuan’s family members was her sister Zhang Cuixia, who was detained early on in the persecution against the Nanle County Christian Church, but was later released. After the trial began, Guo Guanxun, the presiding judge, told Zhang Cuixia to observe the rules or she would be thrown out of the courtroom. Later, when Zhang Cuixia gave her sister a thumbs-up, Guo furiously told Cuixia she could not use such gestures in the courtroom, she told China Aid.

Attached is an account of events that took place on Aug. 26, the day of Zhang Cuijuan and Zhao’s pre-trial hearing, as told from Zhang “Shanshan” Lingxin’s perspective. Shanshan is Zhang Shaojie’s daughter:

She turned around and gave me a big smile. She said, “How come you look so skinny?”

I replied, “You have lost much weight, too.”

Smiling, she said, “I did it on purpose. All I think about every day is to lose weight…”

I knew she was joking, and I felt sad. We got upstairs and used the restroom—under the supervision of court police of course. I could see that my aunt’s handcuffs had made her hands red, which saddened my heart. She was urged by court police to go to the third floor of the court, and I stayed on the second floor.

Then I saw her daughter Qingqing walk to me from the other side of the building, crying. She couldn’t stop her tears, but she also didn’t want to make her mom sad [by letting her] see her crying. After a short while, my mother, my husband, my cousin and another aunt all showed up, wanting to see my aunt.

After having waited for an hour, my aunt came downstairs, and with smiles, she told us not to worry about her. Saying that Qingqing had grown taller, she gave her a hug. Seeing her raise her cuffed hands above her daughter’s head and then embrace her skinny body—I don’t have words to describe how I felt.

She also told us the clothes she was wearing were loaned to her by some women in her cell, and she asked us if they looked fine on her. The yellow vest for detainees that she was wearing covered her clothes, and we could only see her sleeves. She told us not to worry about her and that the other inmates in her cell were either billionaires or millionaires, and they treated her well.

When my other aunt asked about her job, she replied, “I’ll think about my job after I’m released. Now it’s not important to me…”

She seemed to be very positive and optimistic. When she left us, she kept saying, “Don’t worry about me. I’m doing fine!”

She refused to plead guilty and submit to darkness, even at the cost of serving a prison term. She told us that she had experienced God’s presence in her detention. Detention had made her know God better, and she was able to always pray and rejoice at every moment.