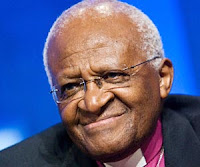 The news that New York University is showing the door to Chinese dissident Chen Guangcheng, apparently under pressure from the Chinese Communist Party, is disturbing. We will likely never know the back channel conversations that occurred or to what extent the Chinese government has pressured NYU to get rid of Chen. But if in fact NYU has bowed to pressure from the Chinese regime, it will signify a serious tumble in stature for the university.

The university’s public relations people say they are not responding to pressure in letting Chen go. Their statements are well worked out. However, the Chinese government’s actions have been fairly consistent with businesses or allied countries who fail to do their bidding when it comes to voices they do not approve of. They have squeezed companies financially, dropped contracts, and in other ways have repeatedly threatened and punished those “business partners” who fail to tow the line. When the Nobel Committee awarded the 2010 Nobel Peace Prize to dissident Liu Xiaobo, one of China’s responses was to strangle the Norwegian fishing industry, cutting their fish imports by 60%. In my own country in 2011, Chinese pressure on the South African government resulted in His Holiness the Dalai Lama being denied a visa to attend my 80th birthday party. They have gone so far as to have Chinese embassies contact film festivals and request that films critical of China be pulled from the festival. And they have rewarded those influential individuals who do their bidding handsomely.

Chen Guangcheng has been one of the most outspoken of the Chinese dissidents abroad, taking a public stand against Chinese human rights violations, including the abominable practices of forced abortion, imprisonment and enslavement of religious minorities, and the unthinkable execution of prisoners for the harvesting and sale of their organs. He is also charismatic, intelligent, with a wonderful story — a self taught lawyer who defended villagers against corrupt officials, who before gaining fame for his escape from house arrest was known was known in the villages as the “barefoot lawyer.”

He has at times seemed a bit of a lone voice against a wall of silence. This could not but dismay the Chinese officials and diplomats charged with silencing the voices of dissent abroad. There is little reason to believe that NYU would not have received the same phone calls that others have. The fact that the university is in negotiations to open a university in Shanghai gives it every reason to listen and conform.

In the human rights world, we have struggled to deal with the blind eye that American and multinational corporations turn to China. We know that Kmart, Nestle and others have sold products that were made by Falun Gong practitioners imprisoned in “thought reform” slave camps for their religious beliefs. We know that Cisco has helped the Chinese Communist regime develop a sophisticated system for intense spying on their own citizenry. We try and understand that corporations need to make money. It doesn’t sit well. But there is nothing particularly new about greed taking precedence over ethics.

American universities, however, have been revered around the world as bastions for free thought and independent minds. In South Africa we owe a deep debt of gratitude to American university students who rose with us to overturn apartheid — and to the universities that allowed their students to think and speak freely. The universities in the US who stood with their students for human rights and divested from South Africa may well have created the tipping point that brought down apartheid and brought freedom to black South Africans. I am hard pressed to think of one human rights or civil rights landmark that was not started or given its much needed acceleration on US college campuses.

If the corporate thinking that places profits over our own humanity has begun to invade the American university system, causing it to bow to pressure from some of the worst human rights violators in our world today in favor of expansion into the Chinese market, it has gone too far.

I can only hope that NYU officials will show us shortly that we are all wrong.

To lend your support to Archbishop Tutu and Chen Guangcheng’s message on human rights in China, please visit thecommunity.com.