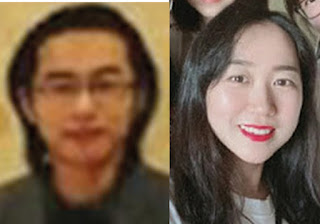 Coupled with the new “Regulations on Management of Religious Personnel,” effective May 1 (Beijing time), the CCP has ordered many official churches to prepare programs to celebrate the CCP’s 100th birthday. This timely, calculated threat indicates that a major storm of persecution against churches in China is now forming.
Dr. Ezra Jin and Zion Church leadership shared an update through social media about the latest wave of persecution in China; that the CCP had recently forced quite a few house churches in Beijing to shut down. Following the detention of two of his church’s ministers being detained during the past 48 hours, he and other church leaders issued an urgent prayer request to the world.

https://chinaaid.org/2021/05/beijing-zion-church-confirms-minister.html
###
The night is far spent,
the day is at hand.
Therefore let us cast off the works of darkness,
and let us put on the armor of light.
~ Romans 13:12 (NKJV)
China Aid exposes abuses in order to stand in solidarity with the persecuted and promote religious freedom, human rights, and rule of law. If you wish to partner with us in helping those persecuted by the Chinese government, please click the button below to make a charitable donation.