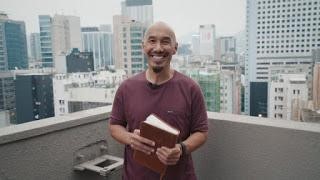 Francis Chan (Chen Enfan), a noted Chinese-American pastor and author.
(Photo: ChinaAid)
(Hong Kong—Jan. 23, 2021) In a video to friends and fellow pastors on January 5, Francis Chan (Chen Enfan), a Chinese-American pastor and author, shared the news that Hong Kong authorities had denied his visa. Despite the disappointing news, Pastor Chan encouraged the house church he led to follow the example of the early church—to rely on the power of the Holy Spirit.

During the January 5 video, Pastor Chan explained his current situation:

Last week, after Hong Kong officials rejected our visas, we (Justin and Peter [my sons-in-law] and I) had to leave the country. We are now back in the U.S and appealing the decision, however. We want to be in Hong Kong and hopefully, we can return there.

Before we had to leave Hong Kong, Justin, Peter, and I had seen the Lord plant three churches (house gatherings) with approximately 15-20 people attending each. We had each been leading one church in each of our homes, but then, suddenly we learned that we had to leave the country.

Pastor Chan said that he is most concerned that the new church leaders and members continue to meet in a sustainable place. Right before leaving Hong Kong, Pastor Chan told the young men they worked with that Justin, Peter, and he had to leave. He asked them, “Are you guys ready?

Pastor Chan encouraged those in his house church, reminding them that the when the apostle Paul would go to a city, he would stay there for three weeks to serve those who have never even heard of the name, “Jesus.” Then Paul would leave those new believers. As they had no bible nor resources, some wonder, how did they do it? All they had was the Holy Spirit, but with Him, they were able to establish a powerful church.

Pastor Chan raised several questions to those in his house church:

I have faith in you. I have peace in my heart because I know that the Holy Spirit will be working. Although I believe God is having me go back to the US, I think this a great season for you to be pushed and stretched. And so, I’m going to go with the power of the Spirit. We’ve got this. I’ve got more sources for equipping than the early church did. I have so many resources online, so much knowledge available. I have the scriptures right before me, a huge advantage.

Pastor Chan, does not know if the current Hong Kong government, heavily guided by the Chinese Communist Party (CCP) leadership, will allow him to return to Hong Kong. He knows, however, what he shared with the house church he had to leave, “I [and you] just need the faith believers had back in Paul’s time—demonstrated in the power of the Holy Spirit.
.
###
… how I kept back nothing that was helpful,
but proclaimed it to you, and taught you publicly
and from house to house,
testifying to Jews, and also to Greeks,
repentance toward God
and faith toward our Lord Jesus Christ.
~ Acts 20:20-21 (NKJV)
China Aid exposes abuses in order to stand in solidarity with the persecuted and promote religious freedom, human rights, and rule of law. If you wish to partner with us in helping those persecuted by the Chinese government, please click the button below to make a charitable donation.