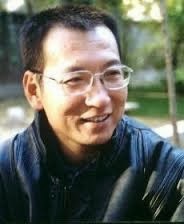 Liu’s lawyers and doctors confirmed on Monday that he had been
permitted medical parole for his stage four liver cancer and is receiving treatment in China’s northeastern Liaoning province. After the prison extensively denied him adequate medical attention, Liu received his diagnosis on May 23.

As a result of his illness, Liu has requested to travel abroad and consult prominent specialists in the United States.

Last year, Shang Baojun, one of Liu’s lawyers, told Radio Free Asia that his client’s medical condition qualified him for medical parole, which China grants to patients whose illnesses have become critical. However, China demanded that Liu first confess his guilt, which he refused to do. Now, Liu’s wife Liu Xia says that his cancer is terminal, making it critical that he receive emergency medical attention from world-renowned specialists and providing only a narrow window of time through which to secure his freedom.

Today, the Chinese Communist Party released a propaganda video purporting to show Liu Xiaobo performing various activities, including exercising and visiting the doctor. In it, he repeatedly says the detention center is taking good care of his health. However, his current condition testifies that this is simply a ruse to cover up the government’s abuses and that he was coerced into making such claims.

Additionally, they said that he would not be allowed to travel abroad for treatment.

During the mid-1980s, Liu Xiaobo garnered attention for his sharp and unique literary critiques and received a PhD in literature from Beijing Normal University in 1988. In the student democracy protests that swept China and culminated in the Tiananmen Square Massacre, Beijing Normal University became a political hotbed, and Liu Xiaobo served as a leader who pioneered a hunger strike and delivered charismatic speeches. As a result, he was jailed for nearly two years.

Upon his release, he continued to write, concentrating his works on human rights and politics.

Years later, Liu Xiaobo launched a petition for the government to re-examine its treatment of the massacre, for which authorities arrested him again in 1995. In 1996, he was extra-judicially sentenced to three years of forced labor for supporting Taiwan’s independence.

From 2003-2007, Liu Xiaobo was president of the Independent Chinese PEN Center and has served as an editor of a pro-democracy magazine since the 1990s.

The police took him into custody again in 2008 after he penned Charter 08, a petition signed by 303 Chinese intellectuals and dissidents that called for reform of China’s human rights. It was released on Dec. 10, 2008, in celebration of the 60th anniversary of the U.N.’s Universal Declaration of Human Rights. Two days beforehand, the police seized Liu Xiaobo and charged him with “inciting subversion of state power,” of which the Beijing Municipal No. 1 Intermediate People’s Court found him guilty. He was handed an 11-year prison sentence with two years’ deprivation of political rights.

Because of his stalwart, non-violent defense of human rights, the Nobel Committee awarded him the 2010 Nobel Peace Prize. China barred him from attending the ceremony in Oslo, where he was honored with an empty chair. Liu Xia has been under house arrest ever since the news of her husband’s award reached China and is only allowed to visit her husband once a month.

Out of concern for his continued safety and health, ChinaAid urges the U.S. Congress, Senate, President Donald Trump, and other international politicians to continue to pressure China for the unconditional release Liu Xiaobo in order to save his life, respect his right to seek top-notch medical treatment, and allow him the opportunity to live in freedom.

ChinaAid exposes abuses, such as those suffered by Liu Xiaobo and his wife, in order to mobilize politicians and individuals to take effective action to help the persecuted and promote religious freedom, human rights, and rule of law.