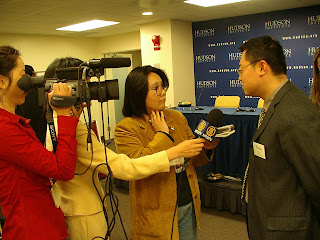 (Chengdu, Sichuan—Dec. 21, 2018) According to a prayer letter from Early Rain Covenant Church, from which more than 160 people were taken into custody over the course of a week, some of those still in custody have been denied access to their lawyers.

Located in Chengdu, Sichuan, Early Rain Covenant Church is one of the largest churches in the area that is not run by the government. At 6:00 p.m. on Dec. 9, officials launched an attack on the church, and nearly 100 people were arrested within a 24 hour period. When church members tried to meet again in two separate groups, more were arrested, bringing the total number of arrested people to around 160.

Over the past week, some have been released, but others have received criminal charges. Among those, Pastor Wang Yi and his wife, Jiang Rong, have been detained on “inciting subversion of state power” charges; Elder Qin Defu, Fu Lijun, Lü Jinheng, Li Xiaofeng, and Deacon Ge Yingfeng were charged with “illegal business operations”; and Huang Yaling, Wang Fei, Elder Li Yingqiang, and Elder Li Zhu were accused of “stirring up trouble.”

Officials have prevented all of them from meeting with their lawyers, a tactic that violates Chinese law but is often employed during procedures targeting prisoners incarcerated for political or religious reasons.