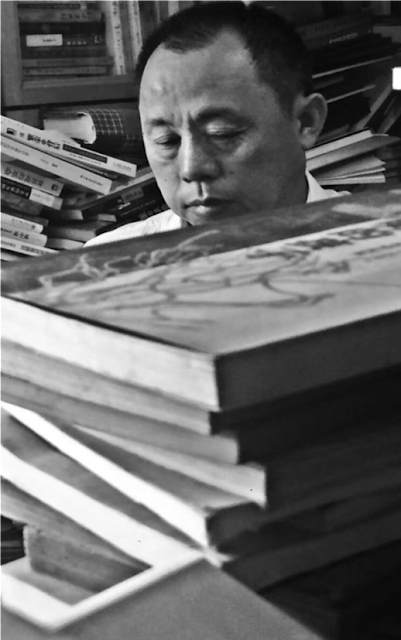 ChinaAid note: This is part 4 of an article written by ChinaAid correspondent Yu Ren concerning the persecution of Early Rain Covenant Church.

On the afternoon of the religious tragedy of Dec. 9 [Editor’s note: On Dec. 9, 2018, around 100 members of Early Rain Covenant Church were taken into custody], Zhang Guoqing, the deputy deacon of Early Rain Covenant Church, called Pastor Wang Yi, but no one answered. Feeling ominous, he immediately drove to Wang Yi’s residence. There, he found that police cars and officers surrounded the courtyard and corridor of the community. As soon as he appeared, police controlled him, put a hood on him and took him to Wang Yi’s house. He sat there, facing the wall until evening. At that time, police had taken Wang Yi and Jiang Rong away and were raiding their homes. Police took Guoqing away from his home around 9:00 p.m. and kept him at the police station until his release the next day.

After Dec. 9, as authorities kept Zhang Guoqing under house arrest, state security officers lived and ate with him. On Jan. 16, Zhang Guoqing wrote an article for Jiang Rong, Wang Yi’s wife, entitled “Jiang Rong is a Talented Woman with Civic Virtues.” After the release of the article, he went straight to the police station with his luggage packed for imprisonment. On Feb. 24, at the Wangjiaguai Police Station in Chengdu, police violently beat Wang Yi’s mother, nearly 74-years-old. After Zhang Guoqing issued a letter condemning the atrocious act, authorities criminally detained him for 30 days.

Zhang Guoqing, vice deacon of Chengdu Early Rain Covenant Church, serves as the leader of the Petitioners’ Evangelical Fellowship. The Petitioners’ Evangelical Fellowship mainly provides love and evangelical assistance to conscientious offenders and petitioners [Editor’s note: Petitioners are people who have filed petitions with the government after experiencing perceived violations of the law]. Only one such fellowship exists in churches in China. In the past three decades, China’s strategy of “crossing the river by feeling the stones” has brought about economic prosperity, but at the cost of the loss of justice, the loss of the people’s support, the prevalence of mutual harm, and insecurity throughout society. Forced demolition, self-immolation, explosions, and shootings frequently occur. It seems that one can smell the restlessness, anxiety, anger, and despair in the air—everywhere. This typical feature of the Cain city, a place that although prosperous in economy, culture, and art, has no justice in society [Editor’s note: In the Bible, Cain was the firstborn child of Adam and Eve, the first humans. Cain murders his brother, Abel, in cold blood after God only finds Abel’s sacrifice acceptable. As a result, God marks Cain for misfortune]. In this city and too many others, people are not safe. God used Christians to establish the Early Rain Covenant Church’s petitioner Gospel fellowship in this challenging context.

At first, Zhang Guoqing simply proposed to promote the “prisoner of conscience family assistance fund and evangelical ministry.” With the support of Wang Yi, still an elder at that time, and the deacons’ board of the Church, he decided that the Church would carry out this work. Later, the “petitioner fellowship” was established. Openly supporting conscience criminals’ petition inevitably invites persecution. On the Sunday of the foundation of the fellowship, Wang Yi said quietly after the testimony, I am ready for imprisonment.

In the past few years, Zhang Guoqing and his team have visited many families of prisoners of conscience. On New Year’s Day in 2013, Zhang Guoqing travelled to Yibin to visit Zhang Nian, the wife of Cao Haibo, a prisoner of conscience. Zhang Nian’s family is poor and she still breastfeeds her baby. As soon as they met, Zhang Nian rushed to the hospital, extremely worried. Because of lack of money, her child had a high fever for many days, and could not receive treatment. The arrival of the church at this time solved her urgent needs.

While in prison, Hou Duoshu, a prisoner of conscience in Dazhou, Sichuan Province, heard the Gospel. When he heard that Early Rain Covenant church had this ministry, he curiously joined the petitioner fellowship. With his original ideology subverted, he was deeply touched. Later, he was baptized in the Early Rain Covenant Church, and returned to Dazhou to set up the “Good Land Sermon House.” God transformed Duoshu’s life into one with evangelism as his life’s goal.

Later, the church established the Petitioners’ Evangelical Fellowship. Because petitioners are full of anger and feel they have been treated unjustly, serving them proves difficult at times. Initially, Zhang Guoqing stated in an article, “They often complain endlessly in the church and angrily accuse the Party and the country of sins. They also often give orders to the members of the church for certain matters. Even in the monthly petitioner fellowship, they still don’t demonstrate peace. They will not thank the preachers, legal experts, social scholars, nor any others who help them to analyze their cases. They do not participate in the rights protection negotiation with the police nor write relevant litigation information. Instead, several times, they have bombarded and created difficulties for the church.”

To understand the cases of the petitioners, the church conducted a six-month “before and after” follow-up survey of more than 130 petitioners who participated in the fellowship. Results revealed a set of shocking data:

These angry people at the bottom of the society hurt. Each one can become a potential “time bomb” of society.

In response to the petitioners’ anxiety, more than 20 Bible study groups of the church launched an activity called “Invite petitioners to have a meal.” After each fellowship gathering, the church will prepare a special love feast for petitioners. The church also specially compiled the Petitioners’ Evangelical Fellowship Hymn Book, and selected peaceful and beautiful songs, a total of more than 22 hymns, such as “Amazing Grace”, “The Lord is Near the Sad Man”, and “The Most Beautiful Blessing of This Life.” Each time they met, church members taught them to sing the hymns. One petitioner told me, “When I was not quiet or had a fierce conflict with the government, I would read and sing these songs in silence, and I would become immediately calm.”

Luo Kaiwen, the most hot-tempered petitioner the Evangelical Fellowship has served, an 80-year-old man, once attempted to kill an American host at an international conference. He resented the lack of attention to his long fight for his legal case and was eventually imprisoned for several years. “By chance,” he attended the petitioners’ fellowship. After several years of immersion in the Gospel, he would greet police with a smile when he saw them.

On May 12, on a prayer day for the church, police arrested more than 200 brothers and sisters. Instead of fighting against the police as fiercely as before, Luo Kaiwen, among those arrested, smiled peacefully in the police car. He enthusiastically shared the Gospel as he told his personal story to the police.

After several years of fellowship life, even the appearances of petitioners have changed, and they have started to show a gentle smile on their faces. Their once tightly-closed hearts are slowly opening. Six confessed belief in the Lord and have been baptized. At the beginning of the establishment of the petitioner’s Evangelical Fellowship, less than 15% of the petitioners chose to reconcile under the truth. After five or six years of fellowship life, however, the number of petitioners who have opted to reconcile reached more than 95%.

The ministry of the petitioners’ fellowship made Zhang Guoqing the target of stability maintenance. On every [politically] sensitive day, a police officer patrols downstairs in the corridor. Police monitored Guoqing for 48 hours. During these times, even when he shopped in the supermarket, a special escort accompanied Guoqing. During this period, the petitioners’ fellowship time became a “tea drinking” time for Zhang Guoqing [Editor’s note: Police often invite people for tea when they wish to interrogate them]. It also became a rare opportunity for him to preach the Gospel to state security officers and the police. When dealing with the police, Guoqing adheres to two principles: 1) When friends visit and we have good wine, if the “uncle police” show up, it’s the Gospel to meet them; 2) When facing the police, it’s not a challenge full of hatred; it’s a challenge full of love.

Once, three policemen and the secretary of the street officer came to Guoqing’s house. He suggested that everyone pray together. After praying, he took out a hymnal specially created for the petitioners. He then sang two hymns for them: “Amazing Grace”, and “The Lord is Near the Sad Man.” At the end of the hymns, from the light of the windowsill reflected on corners of their eyes, he saw tears rolling down the officials’ faces. The secretary of the street office sighed. “It’s really touching!”

As is customary, prior to the Spring Festival in 2018, police officers visited Zhang Guoqing to ask about the arrangements for the annual event. “Before the police who were visiting left,” Zhang said, “I said with a bright smile to them, ‘During the Spring Festival this year, the year of the implementation of the new religious regulations, we will have great disputes/discussions regarding political and religious relations. You know that I am a firm and devout Christian who will not in any way compromise on the values of faith. Therefore, before you formally arrest me, may I ask you and your wife and children to come to my home for a love feast?’

The police officer appeared a bit shocked, but also warm. I could see his eyes tear in the dim yellow light of the corridor. He shook my hand and said, ‘Lao Zhang, take care of yourself; we should all be well’” [Editor’s note: “Lao,” in Chinese, means “old.” Chinese people will add “lao” before the surname of someone to show respect]. Police and state security officials often attend the sermons and lectures of the Early Rain Covenant Church to “visit.” Sometimes, church members witness these authorities also being moved to tears while listening.

Some Christians criticized the petitioners of Early Rain Covenant Church as a group of “zealots,” while the democratic activists criticized them for helping the government “maintain stability.” Zhang Guoqing said, “Frankly, it’s good to get rid of the word ‘party.’ We are a group of people enthusiastic about the Gospel. We should strive for the Gospel movement and love.”

Wang Chengzhong, the first Christian to be baptized in Early Rain Covenant Church, commented, “Over the years, I witnessed the blooming and fruition of the Early Rain petitioners’ fellowship in the Gospel. If such a ministry is condemned with the charge that ‘the church should not engage in politics,’ then I would say that too few churches in China involve themselves in this vital realm. In addition, many areas of ‘politics’ remain that have not been ‘engaged’ by the Gospel.”

Zhang Hong, a Christian literary critic, said, “‘Doing politics,’ a unique political vocabulary of the Communist Party of China, shows that the members of the church who express themselves in this way have been ‘done’ and fooled by politics.”