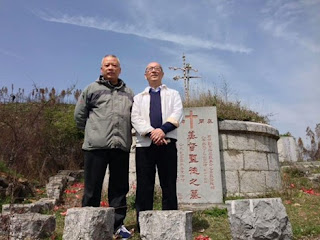 Hao has been keen on reading more books in prison and has memorized 60 Tang poems. He particularly emphasized his recent mission to read many books about traditional cultures.

Hao Ming served as the elder of Qingcaodi Church before retiring in January 2021. He and his family have been committed to Early Rain Covenant Church since March 2021 and have been congregants of Early Rain. In their open prayer request, Early Rain gave a summary of Hao Ming’s service to the church and his detention:

He dedicated his home to the church and was never paid while delivering sermons, but he gave a lot of offerings. However, he ended up being given the fabricated charge of fraud and has been smeared by some people who used to attend the church. He was kind of isolated from the world after being detained at the detention center, he couldn’t see other believers for a few months nor have access to the Bible, and his health deteriorated. Plus, he was given the charge of inciting subversion of state power before, so he was discriminated against in jail. He recounted that he was very weak. Later, the attorney met with him multiple times, and he learned of his brothers’ and sisters’ care for him and his family’s current situation, he got to communicate some with his brothers in Christ, so he recovered his spirit. Now, he suffers again from the loss of his mother, which indeed shows us that he is walking on a narrow and tough path.

Qingcaodi Church is the evangelical campus of Early Rain Covenant Church in Deyang. Later, the church became a member of the West China Reformed Diocese. Elder Hao Ming is one of the people who signed Wang Yi’s “Declaration for the Sake of the Christian Faith.” Grassland Church was raided three days after the massive crackdown on Early Rain in 2018. Both Qingcaodi and Early Rain were included in the list of illegal NGOs that were shut down, dismantled, and exposed in a notice by the Sichuan Province Department of Civil Affairs issued on March 25, 2021.

Early Rain disclosed that it was known that this is an unjust enrichment case, staff who handle the case explicitly say that they don’t believe the accusation nor acknowledge that Elder Hao Ming is a swindler.