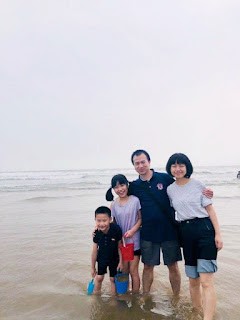 On
November 25, Chengdu Early Rain Covenant Church held a Thanksgiving evangelical
seminar on Zoom. Shortly after the seminar began, believers heard police sirens
and then elder Li Yingqiang disappeared from the video. Elder Li’s wife Zhang
Xinyue told fellow Christians that police officers summoned elder Li on charges
of “disturbing social order”. Fortunately, it didn’t last for long. Elder Li
returned home before the seminar ended. He told everyone that they asked him
some questions in the police station, took notes, and then sent him home.

During
the massive crackdown against Early Rain Covenant Church in December 2018,
elder Li Yingqiang was imprisoned for 8 months. Authorities released him on
bail and forced back to move to his hometown. His bail period ended in August
2020. He and his family moved back to Chengdu in September 2020. Very soon,
Chengdu police learned of their whereabouts and immediately started to harass
his family. National security agents even assembled a temporary room in the
hallway of his apartment in order to monitor his family any time. They knocked
at his door every Sunday morning to summon him to the police station to prevent
him from attending Sunday services. They also threatened his wife and children.

Elder Li Yingqiang hosted “Gospel
During the Pandemic,” a public, evangelical seminar online while actively
serving Chengdu Early Rain Covenant Church. Chinese Communist Party (CCP) officials
announced on December 20, 2021 that the “Measures
on the Administration of Internet Religious Information Services” will take
effect on March 1, 2022. According to the measures, without obtaining the “Internet
Religious Information Services Permits”, it’s illegal for any individual or
organization to preach online. This will significantly shrink the already very
narrow space for preaching the Gospel.

The CCP, unsurprisingly, prohibited
any celebration of Christmas this year. Governments of Shandong Province, Anhui
Province, Guangdong Province, and many others banned any celebration, citing
COVID-19 and Christmas being a “foreign holiday.” Bob Fu, president and founder
of ChinaAid, responded to the crackdown on Christmas with Radio
Free Asia (translated from Chinese):

Government control destroys Chinese citizens’ freedom to religion
in a “lawful” way. Ministry of Public Security and Ministry of State Security
intervene with normal religious events which are held online, which
demonstrates that the CCP has escalated its crackdown on freedom of religion.

Despite
constant persecution, elder Li’s family matured immensely since the crackdown
in December 2018. When Li was taken away from his home, his 6-year-old son said
to him: ”See you tonight, tomorrow, or 1 year later!”

Elder
Li’s 10-year-old daughter wrote a poem after he was taken away:

Waiting
for the dawn to break

No
matter day or night

Look
upon the starry night

God
is guiding us the way

Even
among tribulation and despair

He
brings us comfort and hope

In
the light of dawn

“My daughter is 10 years old. When she was 8 years old, she cried
hard when her father was taken away. At the age of 10, she sat down quietly and
wrote a poem. Is this part of her growing up?

I thank you, God, for bringing real peace to my children’s hearts.
Do you have peace in your heart tonight? If not, seek it now. God brings us
peace, which cannot be taken away by anyone in the world.”