Qin Defu is an elder of the Early Rain Covenant Church. Originally from Sichuan Province, Defu started his own business after dropping out of school. He grew up in a Christian atmosphere and regularly attended the government-sanctioned Three-Self Church with his father. In 2014, however, Defu settled with his wife in Chengdu, and they both became members of Early Rain Covenant Church.

God called Defu to full-time ministry with Early Rain in 2017, so he closed his general store and became a deacon. He worked closely with Pastor Wang Yi to manage church activities. Police placed him on their official “wanted list” and labeled him as the “backbone” of Early Rain. Defu heard of this and joked with his wife: “Whether or not I am the backbone depends on the Lord. I only know I am super skinny.”

He was arrested in December of 2018, and he was secretly tried in November 2019 for “illegal business operations. ChinaAid sources report that Defu preached the gospel to his cellmates during his detainment. He was sentenced to four years in prison. In his final statement, Defu said, “I am a Christian who served in the church and served others according to the needs of the church. As an ordinary citizen, I did not do anything against the law or regulations. Faith is no crime.” 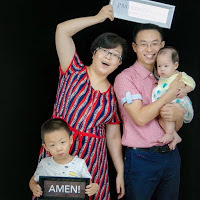