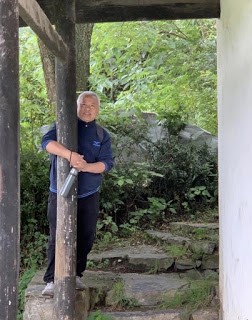 (Chengdu, Sichuan Province—April 9, 2021) On April 6, Elder Zhang Chunlei of Ren’ai Reformed Church, detained since March 16, met with his lawyer for the first time. Initially, as Chinese Communist Party (CCP) authorities detained Elder Zhang on administrative detention for 11 days since March 17, they should have released him March 28. Now, however, as CCP officials have put him under criminal detention for a “fraud” charge, Elder Zhang’s family reported that they do not yet know the length of time he will be imprisoned.

During Elder Zhang’s detention, CCP authorities raided his home and confiscated his computer and other electronic devices. They will likely use information from these items to fabricate a crime against him. One close Christian friend of Elder Zhang said: “Usually, officials force Christians to compromise by lure or force. Because Elder Zhang, an unyielding man, did not compromise his faith when in administrative detention, authorities likely placed him in criminal detention. If he still refuses to yield to the CCP’s coercive tactics during his criminal detention period, they may [as typical] fabricate some charges against him.”

Persecutions of China’s house churches intensified after the Chinese Spring Festival. Nevertheless, many Christian leaders, including Elder Zhang, Elder Li Yingqiang of Chengdu Early Rain Covenant Church, and Pastor Huang Xiaoning of Guangzhou Reformed Church, encouraged each other. They agreed that if authorities imprison them, they are ready to pay a price for the sake of faith and will use this time as an opportunity to spread the gospel in prison. These leaders also agreed that if any of them were imprisoned, they would pray together at 5 pm every day.

After the CCP instituted the new “Regulations on Religious Affairs” in early 2018, as many articles infringe on religious freedom, some house churches refused to conform to its unconstitutional regulations.

Examples of the regulations’ conflict with Christianity, include:

The phrase, “Practice the core socialist values,” means practicing the ideology of the atheistic Marxism, which critically conflicts with the core Christian belief. Some house churches, especially reformed Presbyterian churches, refused to compromise their belief and register their churches with the religious affairs bureau. In 2018, Pastor Wang Yi initiated a joint-signature campaign regarding this disaccord, “A joint statement by pastors: A declaration for the sake of the Christian faith.” A total of 458 ministers signed the statement to confirm their support. National security agents summoned and threatened Elder Zhang, one of the first Christian leaders who signed this proclamation, as well as more than half of the other signatories. CCP officials have also raided, suppressed, and banned the supporting house churches.

On December 09, 2018, CCP authorities initiated massive arrests at Chengdu Early Rain Covenant Church, detaining more than 100 Christians, including Pastor Wang, elders, deacons, and co-workers. After the crackdown, some ministers, including Elder Zhang, Pastor Yang Hua of Huoshi Church, and Pastor Jin Tianming of Beijing Shouwang Church, sent statements expressing their willingness to be charged with the same accusation as Pastor Wang. Similarly, before Pastor Wang’s arrest, he stated publicly that he would willingly accept the same charges as other ministers.

Brothers and sisters, please continue to pray for Elder Zhang Chunlei.
Please pray for God to give him peace when he is suffering from the persecution, and temporarily pause his service for the Lord to let him rest.
Also pray for God to protect him and let him leave the prison safely to continue serving God’s Church.

~Yubing, China Aid Special correspondent
###
How beautiful upon the mountains
Are the feet of him who brings good news,
Who proclaims peace,
Who brings glad tidings of good things,
Who proclaims salvation,
Who says to Zion,
“Your God reigns!
~ Isaiah 52:7 (NKJV)
China Aid exposes abuses in order to stand in solidarity with the persecuted and promote religious freedom, human rights, and rule of law. If you wish to partner with us in helping those persecuted by the Chinese government, please click the button below to make a charitable donation.