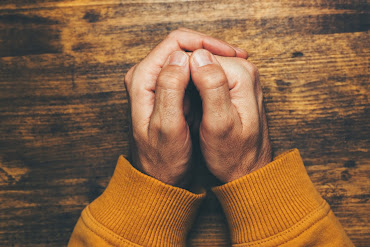 Ren’Ai Reformed Church. They lost their freedom on Tuesday, more than 48 hours ago. We do not yet know in what name [charges], nor for how long these Brothers and Sisters will face the [Chinese Communist Party’s] bondage.

Recently, I agreed with Elder Chunlei, Pastor Xiaoning, and several other pastors as well as other believers in Christ that if any of us ever lost our freedom, we would find a way to pray with those outside our prisons at 5:00 pm. Then, Brothers and Sisters still free can have a “rain or shine” prayer meeting with those of us in bondage at that time.

When Xu Yan, the wife of human rights lawyer Yu Wensheng, visited him in Nanjing Prison for the first time in three years on March 16, she noticed that the condition of his right hand had deteriorated and that his tremors had worsened. As he cannot hold chopsticks, Lawyer Xu can barely use his right hand to eat. He can no longer write. Ms. Xu also noted that her husband now has four teeth missing.

Prior to his arrest in 2018, Lawyer Yu (54-years old) relinquished his practice to provide legal counsel to one of the 300 lawyers arrested in the “709 Crackdown.” As a result, Chinese Communist Party (CCP) authorities arrested him for opposing their operation and his advocacy for constitutional amendment reform. In 2020, the court sentenced him to serve four years in prison, until March 1, 2022, for “inciting subversion of state power.”

On March 19, Siming District United Front Work Department sent a notice to each neighborhood committee, asking them to strengthen the screening of unregistered churches. Consolidating the prohibition of “illegal religious activities,” the lead department asserts, will help prevent the recurrence of banned religious activities.

The notice specifically asked neighborhood committees to organize staff to patrol and check mixed-use (Residential-Commercial Hybrid) buildings and business hotels on Saturday evenings and Sundays when most religious activities occur. Once an individual discovers illegal religious activity, they are to report this “crime” to the district’s United Front Work Department (religious affairs bureau) to coordinate the investigation and penalty.

5. Chen Jianguo regarding his detention: “If God wills, I hope that it will happen again.”

On March 22, 2021, Chen Jianguo, a Christian attending Guiyang Ren’ai Reformed Church, posted details of his detention evolving from him attending the “retreat” a church on WeChat organized. The previous week, on the morning of March 16, Brother Chen with approximately 19 other Christians of Ren’ai Reformed Church gathered in Room 1702 of Yuli Plaza Wing B, located in Guiyang City, to begin their three-day retreat.

At 9 am, Chen Jianguo had just finished reading Philippians

1:12-18 to the others: “I want you to know, brothers, that what has happened to me has really served to advance the gospel so that it has become known throughout the whole imperial guard and to all the rest that my imprisonment is for Christ. And most of the brothers, having become confident in the Lord by my imprisonment, are much bolder to speak the word without fear.”

At the end of the video, Dr. Fu recounts Brother Chen thanking God and praising the Lord. “He used his mighty power to enable me to complete the “retreat”… If God wills, I hope that I get to experience this type of retreat again,” Brother Chen said.

Dr. Fu encourages Christians to pray for God’s will to be done for China’s brutal dictator/leader Xi Jinping; that he can make decisions according to righteousness and with compassion.

###
Rejoice always,
pray without ceasing,
in everything give thanks;
for this is the will of God in Christ Jesus for you.
~ 1 Thessalonians 5:16-18 (NKJV)
China Aid exposes abuses in order to stand in solidarity with the persecuted and promote religious freedom, human rights, and rule of law. If you wish to partner with us in helping those persecuted by the Chinese government, please click the button below to make a charitable donation.