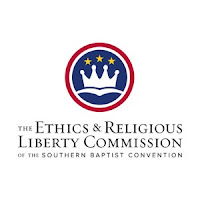 The Ethics & Religious Liberty Commission of the Southern Baptist Convention

■ It was around 3 a.m. when the members of the church started trickling into the small basement-level apartment. They came in two or three at a time over the course of an hour. A large crowd coming in all at once would have been noticed by the secret police. Mattresses had been nailed to the walls and ceiling to prevent the sounds of worship from escaping the room. The churchgoers were mostly internationals, but even foreign workers have no right to worship openly in this country.

When the service was over, they left as they came, in small clusters. Many went straight for work—even though they had been up all night—to build and serve the country that prohibited them from worshipping their God openly. As they got to where they were going, they all breathed a sigh of relief that for another week, they had not been caught.

This is not an uncommon story.

According to Open Doors, over 100 million Christians are living in societies where they are regularly persecuted for their faith. This could include laws passed and enforced by authoritarian governments, as is the case in North Korea. It could include violence, discrimination and social pressure that remains unchecked and unprosecuted by the government.

This week, pray for the persecuted church

November 1 is the International Day of Prayer for the Persecuted Church. On this Sunday, we stand in solidarity with our brothers and sisters in Christ around the world. But more importantly, we lift them up to our good God who hears our prayers.

“Ask, and it will be given to you; seek, and you will find; knock, and it will be opened to you. For everyone who asks receives, and the one who seeks finds, and to the one who knocks it will be opened. Or which one of you, if his son asks him for bread, will give him a stone? Or if he asks for a fish, will give him a serpent? If you then, who are evil, know how to give good gifts to your children, how much more will your Father who is in heaven give good things to those who ask him!” (Matthew 7:7-11 ESV)

Our Lord invited us to ask for good things for ourselves and for our brothers and sisters: “to the one who knocks, it will be opened.” Our prayers are not a small thing but rather are a direct line of communication with our God, who possesses infinite power and infinite ability to come to the aid of those hurting. Isaiah tells us that our God has “measured the waters in the hollow of his hand” (Isaiah 40:12 ESV). To our God, “the nations are like a drop from a bucket, and are accounted as just on the scales” (Isaiah 40:15 ESV).

Let us approach our God, therefore, with confidence that we serve an infinitely big, infinitely powerful God who is ready to save.

If you are a pastor, set aside time this Sunday to join with churches around the world in praying for those that suffer for no reason other than that they follow their Savior, Jesus Christ.

If you are a church leader, dedicate some time this week with your ministry, Bible study or small group to pray for our persecuted brothers and sisters.

If you have a family, spend time praying around the dinner table for those that live in places that do not recognize the fundamental human right of religious liberty.

How you can pray for the persecuted church

We have provided additional resources about the persecuted church below, but if you are looking for a place to start, here are three places where persecution against the church is the worst and some ways you can pray.

Ben is a Chinese Christian in the house-church movement who started a private school based largely on the house church model. Both of these endeavors put him at great risk of arrest, interrogation and worse. Ben personally knows pastors and attorneys who have been arrested, and he suspects he is already on a government watch list. Ben and his wife are well-educated and could emigrate to a much safer country, but they won’t. They feel called to live out the gospel faithfully in their own nation and community.

Ben’s experience is one example of a long history of well-documented breaches of human rights broadly, and religious freedom in particular. The number of prisoners of conscience in China has increased recently, leading the Washington Post to label the pattern an “anti-Christian crusade.” Yet the victims include a diversity of religious believers as well as attorneys who attempted to defend them.

Recent detentions include a Christian human rights attorney, Zhang Kai, arrested the day before he was scheduled to meet with the U.S. Ambassador-at-Large for International Religious Freedom. Two paster were also arrested for forwarding prayers over a messaging app, as well as ten pastors and elders for attempting to prevent government demolition of crosses on their own church buildings.

On May 15, 2014, Miriam Ibrahim was sentenced to death after being tried and convicted of apostasy from Islam. During the trial, the Sudanese judge had given her three days to renounce her faith. When she refused, her death sentence was issued. Miriam had been arrested while pregnant with her second child, and two weeks later, on May 27, 2014, Miriam gave birth in prison.

Although Miriam was later freed as a result of tremendous international pressure, her case stands as an example to the Christian minority in Sudan and, particularly, to followers of Jesus with a Muslim background. For them, faith in Jesus is punishable by death.

Asia Bibi is a Christian mother of five who was arrested in 2009 and sentenced to death under charges of blasphemy. Two government officials, Punjab Governor Salman and Minority Affairs Minister Shahbaz Bhatti, were assassinated in 2011 for their efforts to defend Asia and reform blasphemy laws. Her case has seen cautiously encouraging movement, with the government recently indicating in July 2015 there may be some reconsideration of her case, although it upheld her conviction and sentencing in 2014. She remains imprisoned.

The U.S. Commission on International Religious Freedom regards Pakistan as among the “worst situations” on the planet for people of minority faiths, including Christians, minority Muslims (Shi’a & Ahmadi), and Hindus. Persecution in Pakistan involves both government restrictions and punishments like blasphemy laws and social hostilities to which authorities turn a blind eye. Forced conversions into some expressions of Islam and forced marriages commonly victimize young Christian and Hindu girls.

Additional resources on the persecuted church

Just last week, the U.S. State Department released its annual Report on International Religious Freedom. The entire report is available for free online, and the ERLC has provided analysis of the report.

Another good resource is Open Doors’ World Watch List, which provides statistics, stories and rankings of the 50 countries where persecution against Christians is the most severe.

In our country of comfort, where we don’t experience the depths of persecution that our brothers and sisters face around the world, let’s implore God to help us take Hebrews 13:3 to heart: “Remember those who are in prison, as though in prison with them, and those who are mistreated, since you also are in the body.”