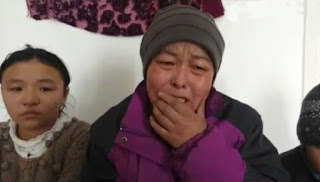 (Almaty, Kazakhstan—Sept. 25, 2018) Multiple immigrants to Kazakhstan have asked the international community to help their relatives, who are detained in China’s notorious “re-education camps,” hoping to be reunited with their families.

Two brothers were detained in such a camp when returning to Xinjiang, China, from which they had emigrated to Kazakhstan. According to their relatives, the Chinese Communist Party put them in custody because they used to be imams.

“They went to a [state-run] religious school….” said Gulinisa Rehemaitihan, their brother. In China, where clergy must graduate from a government-run religious institute in order to practice legally, this means they should not be subject to arrest for leading their congregations. However, no information has been available on them for a year, causing the family concern.

In addition, two young sisters living in Kazakhstan have had difficulty contacting their father, Hayidaer Habanbai, and their older sister, Jianiguli, who were detained by Xinjiang authorities when they visited China in March 2018. Their passports were confiscated.

After their mother lost contact with her husband and daughter, she became mentally ill and was sent to a psychiatric hospital. One of the sisters said, “No one takes care of my younger sister and me. We can’t go to school. We hope the government could rescue them and help us so that they can come back home.” The other sister said, “I hope the Chinese government will release my father.”

Dilinuer Nuermuhan, a Kazakh citizen who immigrated to Kazakhstan from China this year, said, “Alaidaer Zainalehan, my older sister’s child … is detained in a ‘re-education camp’ because he took a religious class for a couple of days in his childhood.” He has three children and an ailing mother. Nuermuhan requested that the Kazakh president to help him.

Wumiti Haleihan, another Chinese-born Kazakh who left the country, said that Xinjiang authorities asked his father to return to China last year. When he complied on Sept. 28, 2017, they confiscated his passport without providing any reason and placed him under house arrest. Because of the intolerable stress, he suffered a heart attack and has been staying in a hospital in Tacheng, Xinjiang.

“We didn’t know about this situation until my mom, who has diabetes, returned to China this July and learned of what happened to my dad,” Haleihan said. He hopes that the government of Kazakhstan will intervene on his father’s behalf.

In February 2018, Jinsi Ransuli, who lives in Xinjiang, was detained in a “re-education camp” and then released later for a shoulder surgery when authorities alleged that his flesh had been stripped from his bones.

His younger brother said Ransuli left the camp in July, but couldn’t raise the appropriate funds for the surgery. Then, authorities forced him to return to the camp around Aug. 3. No information on him has been available ever since. The brother strongly urges Chinese authorities to justify why his brother was sent to the ‘re-education camp’ while he was severely sick and then to release him.

Cases such as these are part of a wider round up of ethnic minorities in Xinjiang, whom officials frame with terrorist charges and place in “re-education camps,” where they are tortured, starved, and brainwashed. Some of them have also suffered mental breakdowns.


ChinaAid exposes abuses, such as those suffered by China’s minorities, in order to stand in solidarity with the persecuted and promote religious freedom, human rights, and rule of law.