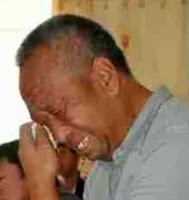 
(Zizhou County, Shaanxi—Dec. 23, 2013) The families of four believers detained in Zizhou County in China’s inland Shaanxi province have received detention notices, charging the Christians with “organizing and using an evil cult to obstruct the law.”

The believers, Jiang Mao, Feng Tiandong, Zhang Baolin and a 70-year-old gentleman, were part of a group from the Zhenzizhou Church in Zizhou County who visited their local Public Security Bureau on Nov. 15 (corrected on Dec. 24) to ask officials why they intended to detain Feng, a pastor at the church (https://chinaaid.org/2013/12/house-churches-across-china-experience.html).

Some time during the night of Dec. 9, Feng and Jiang were taken from their homes. There is little information about Zhang and the other man, who reportedly has few relatives, but the probability is high that they were also taken during the night.

Both Feng and Jiang’s wives are working to secure legal aid for their husbands. Jiang’s daughter released a statement about her father’s detainment and the family’s home situation without Jiang (https://chinaaid.org/2013/12/christian-father-detained-for-unknown.html).

ChinaAid will continue to monitor the developments in Zizhou and update the story as more information becomes available.

To the right is a photo of the detention notice received by Xue Yuxia, Jiang’s wife. It reads:

According to Article 61 of the Constitution of People’s Republic of China, our review has put Feng Tiandong into criminal detention at 10 o’clock on Dec. 10, 2013 for his crime of organizing and using an evil cult organization to obstruct the law.