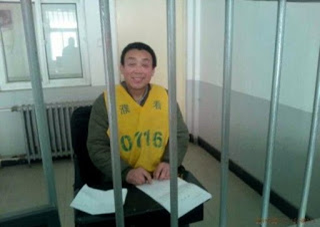 On Nov. 16, 2013, Chinese Communist Party (CCP) officials arrested Pastor Zhang, and on July 7, 2014, Nanle County People’s Court of Henan municipality charged him for fraud and assembling a crowd to disrupt social order. During the time he served as a pastor of the Nanle County Christian Church, Pastor Zhang regularly contributed to defending other people’s rights. When he appealed his 12-year sentence, the Court of Second Instance upheld its previous decision.
In the past, with Nanle County Christian Church affiliated with the “Three-Self” Church, the county’s former head permitted the church to construct a new place of worship. Later, however, due to the church’s favorable geographic location and high market value, the newly appointed county head determined to retract the land. When this CCP official changed the initial contract, Pastor Zhang led believers to petition higher authorities in Beijing. This reportedly infuriated some local agents, generating retaliation and accusations which promoted Pastor Zhang’s hefty sentence.
Pastor Zhang’s recent “Notice of Convict’s Admission into Prison” stated:

Zhang Shaojie was sentenced to 12 years of fixed-term imprisonment by the Nanle County People’s Court for Crimes of Fraud and Assembling a crowd to disrupt social order. …

The condition of the prison is unknown because (we) have not been granted visitations yet, Our family feels that the sudden transfer is not a good sign.

In June 2017, Ms. Zhang publicly stated that authorities further punished her father, confining him without access to sunlight, and only providing one steamed bun per day for food.

Zhang Shaojie, who has served six years in prison, petitioned to file an appeal which has yet to be approved. Pastor Zhang is serving his sentence in the Second Prison of Xinxiang, Henan Province, where his family visits him every month. On the afternoon of December 13 of the same year, Pastor Zhang third younger sister and his wife, Wang Fengrui, travelled together to visit him. It was evident to them that he “felt like a different person.”

Ms. Wang said that Pastor Zhang has been taking a small white pill for most of the year. During many visits, family members repeatedly told him to try to avoid taking this medicine, but Pastor  Zhang argued that because he has high blood pressure, he must not skip a dose, that it would be very uncomfortable for him. He said the prison doctor told him that “the rising of your blood pressure will affect your life.” In December 2019, during their scheduled visit, family members noticed Pastor Zhang’s mental state was failing; that his personality had drastically changed.

ChinaAid has closely monitored Pastor Zhang’s case and commends his actions putting himself on the frontline and defending the rights of churches and Christians; as well as his perseverance to not surrender to those in power. On July 15, 2014, ChinaAid successfully rescued Ms. Zhang’s family from the CCP’s persecution, helping them relocate to the United States.
*Born December 30, 1965
###
Vindicate me, O God,
And plead my cause against an ungodly nation;
Oh, deliver me from the deceitful and unjust man!
For You are the God of my strength;
Why do You cast me off?
Why do I go mourning because of the oppression of the enemy?
Oh, send out Your light and Your truth!
Let them lead me;
Let them bring me to Your holy hill
And to Your tabernacle.