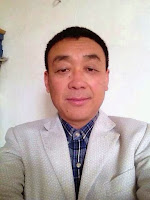 
(Xinxiang, Henan—July 12, 2017) After reports leaked that an imprisoned pastor in China’s central Henan province endured torture at the hands of his captors, his sister testified that her brother appeared fragile when she met with him on Friday and was not allowed to discuss events outside of the prison with him.

When Zhang Cuixia visited her brother, unjustly imprisoned Nanle Church pastor Zhang Shaojie, on July 7, she said he looked “…like a bag of bones,” and dark discoloration circled his eyes, prompting her to ask if he had been beaten. In reply, he said, “Do you need to be beaten to become like this?”

However, a few weeks ago, Zhang Shaojie’s daughter, Esther Zhang, penned a worried appeal, saying that officials repaid her father’s attempts to file a second court appeal with a strict torture regimen.

“He’s unable to see the sun during the day,” Esther Zhang wrote. “He’s deprived of sleep for 24 hours at a time. The prison gives him only one steamed bun a day and intentionally starves him. According to people who have been released from that prison, my father is barely alive, suffering both mentally and physically.”

During the visit, government agents monitored Zhang Cuixia and Zhang Shaojie’s conversation, limiting it to only talk about family members and praise of new policies under Communist Party leader Xi Jinping. Zhang Shaojie and Zhang Cuixia decided to subvert these restrictions, speaking highly of life inside and outside the prison and using their facial expressions to communicate that they meant the opposite.

“It’s painful to see such a good person being persecuted,” she said. “I don’t know how long he can persist.”

Additionally, she said authorities have tried to keep Zhang’s lawyer from meeting with him, often telling him no one was available to talk to him. The last time he visited, he wasn’t even allowed in.

Zhang Shaojie became one of the first pastors of a government-run Three-Self Church to be sentenced to 12 years in prison since the Cultural Revolution when his church became involved in a land dispute with the government in 2013. He led a group of Christians to Beijing to file a petition, but the trip angered local officials, who conspired to have him detained on Nov. 16, 2013, and charged him with “swindling” and “assembling a crowd to disturb public order” on July 4, 2014. Authorities rejected his initial appeal to overturn his sentence in August 2014.

In an official document dated May 18, 2017, the Puyang, Henan branches of China’s two state-run Christian organizations—the Three-Self Patriotic Movement Committee and the China Christian Council—arbitrarily deposed 12 of the church’s clergymen, including Zhang Shaojie himself, and revoked their ordination. The other 11 church leaders were ousted because of their connections to Zhang Shaojie and their willingness to faithfully serve the church, causing the government to want to get rid of them.

Recently, Zhang’s lawyer filed an appeal to have his sentence overturned.

The church, which began as a house church, was ultimately forced to subject itself to government censorship and become a Three-Self Church. The church’s members also said the Nanle County Religious Affairs Bureau alleged that the church was a cult and appealed to the Henan Provincial Religious Affairs Bureau to obliterate it. The higher authorities rejected the request.

Zhang Shaojie’s decline in health is preceded by that of Nobel Peace Prize laureate and imprisoned Chinese democracy activist Liu Xiaobo, whose prison doctors ignored the signs of his late-stage liver cancer until May 24. Liu died at 6:40 p.m. today. In order to prevent another innocent man from succumbing to such cruel tactics, ChinaAid urges government officials and individuals to contact the following authorities and urge them to treat Zhang Shaojie humanely and allow him access to medical professionals outside of the prison:

Ambassador of China to the United States

Ambassador of China to the United Nations

ChinaAid firmly condemns the Communist Party’s treatment of Zhang Shaojie and the 12 leaders of Nanle Church and exposes the abuses enacted against them in order to stand in solidarity with persecuted Christians and promote religious freedom, human rights, and rule of law. Zhang Cuixia’s full statement can be read below

My name is Zhang Cuixia. I met with my younger brother, Zhang Shaojie, on July 7. As usual, I checked in at the front desk, but instead of being allowed to coming in immediately like before, the prison guard spoke a series of digits to another staff member through his intercom and asked us to wait. We finally saw my brother 40 minutes later. He was extremely skinny. He looked like a bag of bones. His eyes were deep-set with very dark circles. I asked him, “What’s wrong with your eyes? Did someone beat you?”

We were talking through the window. Three prison guards were beside us. There was also a video recorder, and our conversation was voice recorded as well. I asked him, “How have you been?” He said he was fine, but he looked at me with a wry face to tell me that he actually was not well. He couldn’t say anything against them. He was only allowed to mention the names of family members, not anything related to the church and the outside world. He asked me, “Is everything all right outside? I saw on T.V. that the government is making a lot of great policies.” We had to answer yes and tell him that everything is optimistic under President Xi’s new polices. I cried. I wanted to tell him that I was also using my facial expressions to say the opposite.

In the end, he tried to comfort me: “Don’t worry about me. God’s words have been comforting and sustaining me. We both bear the same hope.”

After this brief conversation, I burst into tears. It’s painful to see such a good person being persecuted. I don’t know how long he can persist.