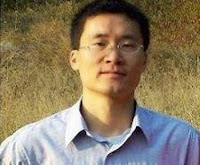 (Guangzhou, Guangdong—July 7, 2017) In the wake of human rights advocate and Nobel Peace Prize recipient Liu Xiaobo’s terminal prognosis, the family of another imprisoned rights defender fears for their loved one’s health after he said he has been experiencing prolonged chest pain, ChinaAid learned yesterday.

Tang Jingling, a Christian lawyer esteemed for his role in defending those unfairly targeted by the Chinese government, recently reported experiencing multiple bouts of chest pain, each lasting for several minutes. His wife, Wang Yanfang, said, “Tang Jingling’s elder brother met with him on June 26. He asked his brother to consult a doctor for possible causes of his chest pain. During the Jasmine Revolution in 2011 [Editor’s note: The Jasmine Revolution was a series of pro-democracy protests that occurred in several cities across China], he was not allowed to sleep for more than 10 days, which caused pain in his chest. The recent occurrence of Liu Xiaobo’s late-stage liver cancer has caused us to worry about Tang Jingling’s condition.”

Tang, who continued advocating for improved human rights conditions in China even after his lawyer license was revoked on account of such work, was arrested in 2014 and charged with “inciting subversion of state power” for his participation in a movement that encouraged non-violent disobedience. On Jan. 29, 2016, he received a five-year prison sentence.

Tang also co-signed Charter 08, a document proposing political reforms for which its author, Liu, has spent the last nine years in prison.

Liu was diagnosed with late-stage liver cancer on May 24 and released him on medical parole a month later to receive care at a hospital in Shenyang, the capital of China’s northeastern Liaoning province. China has since allowed select specialists from Germany and the U.S. to come treat Liu but has denied his requests to travel abroad for better care. Human rights groups, including ChinaAid, have been persistently advocating for his full release.

Yesterday, Liu’s doctors told his family he may only have 24 hours to live.

ChinaAid exposes abuses, such as those suffered by Tang and Liu, in order to stand in solidarity with persecuted Christians and promote religious freedom, human rights, and rule of law.