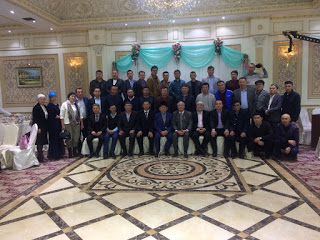 (Altay, Xinjiang—April 4, 2018) A 16 year-old girl’s entire family disappeared after being implicated in the murder of her husband China’s northwestern Xinjiang for forcing her to marry him, ChinaAid learned recently.

Xinjiang Uyghur Autonomous Region is a large, mostly rural area on China’s western border, and has long been a site of strained and tense relations between the Communist Party officials and the citizens of ethnic minorities, like the Kazakhs and Uyghurs, both of which are predominantly Muslim. Authorities often see cultural or religious expressions as anti-Chinese, and therefore forbid and suppress anything related to cultural identity.

In the midst of an ongoing crackdown on minority citizens, the Xinjiang government began encouraging Kazakhs and Uyghurs to intermarry with Han Chinese, China’s majority ethnic group, which makes up approximately 92% of China’s population. This, combined with other cultural suppression, is an attempt to make minority citizens more “traditionally Chinese.”

Using this government initiative as a justification, a 40 year-old Han man coerced a 16 year-old Kazakh girl to marry him, threatening the family to get them to agree.

After the coerced marriage took place, the girl’s uncle, displeased by the events, sought out the husband and killed him. In the aftermath of the murder, instead of just arresting the uncle, authorities seized the entire family, and no one has heard from them since.

A local informant, familiar with the family, said, “Her parents opposed the request [to marry their daughter.] The man threatened to have the parents sent off to political training centers. The parents only gave their consent under the pressure.”

Xinjiang’s “political training centers” are the official term for detention camps, where the government detains individuals of Muslim backgrounds, keeping them from their families. Within the centers, they are tortured and forced to learn Communist propaganda to supposedly curb what China calls “religious extremism,” but often refers to harmless expressions of Muslim faith, such as keeping a halal diet, women wearing head coverings, or men growing beards. Officials need little justification for detaining individuals, and because of the crackdown prisons and “training centers” throughout Xinjiang are now so overcrowded, detainees are being shipped to other provinces to make room.

ChinaAid exposes abuses, such as the unjust handling of the murder investigation and the threats suffered by the family of the Kazakh girl, in order to stand in solidarity with the persecuted and promote human rights, religious freedom, and rule of law.