"My Father is Li Gang"

HEBEI — Mr. Zhang Kai, a member of Christian Human Rights Lawyers of China and a Christian rights defense attorney, has accepted to represent the family of the slain Chen Xiaofeng in the “My Father is Li Gang” case. The young female student was struck by a speeding vehicle driven by Li Qiming on a university campus, and was pronounced dead at the scene.

This case is causing a stir throughout the nation.
According to Zhang Kai, he was authorized for the case by close relatives of Chen Xiaofeng and appointed by the law firm. Attorney Zhang Kai is providing legal service for close relatives of Chen Xiaofeng.
Zhang is one of the most prominent Christian lawyers in China. He has represented Alimujiang Yimiti, Linfen Church in Fushan, Shouwang Church in Beijing, and other sensitive human rights cases. He has been beaten, interrogated, and banned from courts for defending the rights of Chinese citizens.
As stated by Boxun News Network and YanZhao Metropolis Daily, on the night of October 16, a black sedan violently struck two female students on the campus of Hebei University. One of the victims, Chen Xiaofeng, died. Behind the wheel was Li Qiming, who was on his way to pick up his girlfriend. After striking the students, he continued driving as if nothing happened.

On his way back through the university, he was stopped by a large group of students and some school security guards. The only thing the driver said concerning this fatal incident was, “My father is Li Gang.” Li Gang is the deputy director of Beishi District Bureau of Public Security of Baoding Municipality of Hebei province.
Boxun News Story 1 (中文)
Boxun News Story 2 (中文)

“On the Internet, this case is known as “the speeding child of a high-ranking official,” or “My Father is Li Gang.” After I accepted the request from Chen Xiaofeng’s father, I went to Baoding again to visit the agencies in charge of the case. I was received by officers of Brigade 2 from the Traffic Police Branch of Baoding Municipal Public Security Bureau (Baoding PSB). Baoding PSB said the jurisdiction over this case was given to Wangdu County Public Security Bureau, but Wangdu PSB was not presiding over this case. I was embarrassed by their conduct.

“According to relatives, these PSB offices were jointly handling the case. I then inquired about the relationship between the Traffic Police Branch and the PSB where Li Gang works. I was told that they were handling the case independently and they are directly subordinate to the Baoding Public Security Bureau, and has no subordinate or superior relationship with the PSB office where Li Gang is employed.

“I made two suggestions: 1) The case should be filed and investigated as a “crime of endangering public safety in a dangerous way,” instead of “the crime of causing a traffic accident.” Once the suspected crime is filed under a different name, the way to investigate it is also different (for specific reasons, please see my statement of legal opinions). 2) We should find the speed of the vehicle at the time of the crash. Since the school has surveillance cameras installed at the location, this number is critical as we can judge with this number whether the accident was due to a negligent act, or if the driver intentionally caused it.

“If the speed of the car far exceeded the legal limit, then we can say the driver knew very well at the time that his conduct would harm the society, but he still allowed it to happen. In this case, it was an intentional crime, and it should not be concluded as a crime of causing a traffic accident.

“The clerks in charge of the case explained to me: 1) As of now, they are still unable to determine the speed of the vehicle at the time of collision because the crash took place at a corner not covered by the surveillance cameras, even though they cover the areas surrounding the site. 2).  They hope the relatives cooperate with them by cremating the body as soon as possible, as would be in accordance with the law.

“I replied that even though we are not yet sure about the speed at the time of the accident, the body must not be cremated because it is a piece of material evidence in this case, and this evidence must not be destroyed without a trial in court.

“After that the relatives left, and the police officer who received us was polite.”

Photo 1: License plate number of Li Qiming who was involved in the accident

Photo 2: The windshield of the vehicle in the accident was broken in the collision 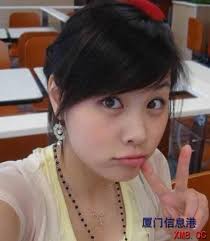 Photo 4: Chen Xiaofeng, the student who was killed in the accident
Photo courtesy of Xiamen Information Port

ChinaAid strongly supports Attorney Zhang Kai and the relatives of the victims in investigating in accordance with law the legal liabilities of the person who caused the accident to obtain a just result.

We also emphatically condemn the collective corruption of privileged bureaucrats under the Chinese Communist government and their utter disregard for human life.
Churches in China are encouraged to pay attention to this case and pray for the Christian attorney Zhang Kai who has bravely accepted this case. Prayer is also requested for the relatives of both victims of this brutal crash, along with aid and support. ChinaAid will follow-up with further developments of this case.