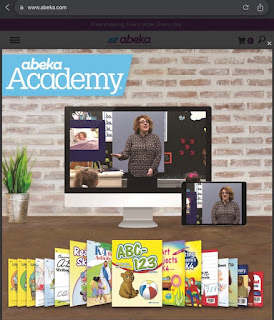 Five Christians from Abeka Academy taken away by police

(Suzhou, Jiangsu Province—October 14, 2021) On the morning of October 12, Suzhou police took 5 Christian agents of Abeka Academy— a Christian homeschool education program based in the United States —including Wang Jian.

Abeka was founded 50 years ago in the U.S., affiliated with Pensacola Christian College. They produced and published Pre-K through 12th-grade academic resources based on the Bible, providing Christian homeschoolers with textbooks. Now, many Christian schools and thousands of homeschooling students use Abeka across the world. Christian schools and families in China are among the users.

Many of these families speak highly of Abeka’s resources. Madam Shi Minglei, who is in U.S. exile, supports Abeka:

Abeka founded over 50 years ago is a phenomenal trailblazer in education. My daughter was forced out of school last year, and we used Abeka textbooks at home, the content is great.  My friends’ kids are homeschooled using Abeka books, and they are more excellent in their English language, independence, science, and character than their peers attending public schools. An 8-year-old can communicate in English fluently, which trumps kids who attend public school and take after-school programs.

On October 13, the day after Abeka’s five representatives were arrested, officials raided a school located in Zhenjiang, Jiangsu Province. Police took children and teachers to the police station together. The children were released shortly afterward, but the parents and teachers remain missing at the time of this article. Parents believe the two events in Jiangsu Province were coordinated actions against homeschooling education.
Wang Jian, the China Representative of Abeka’s curriculum, remains under arrest without further information from the Chinese government.

The Chinese Communist Party (CCP) has successfully and effectively controlled its people’s minds and souls through education over the past years. Constitution of the People’s Republic of China Article 24 states:

The state educates the people in patriotism, collectivism, internationalism and communism and in dialectical and historical materialism; it combats the decadent ideas of capitalism and feudalism and other decadent ideas.

These articles in the Constitution are against the Bible. We should oppose the Constitution of the People’s Republic of China Articles 24 & 36. So, I think we should run schools despite being jailed……When we run Christian schools, I have to tell you that we violate Constitution indeed, but we are compelled to violate Constitution and scramble for the fat meat falling in the devil’s mouth, because that is Jehovah’s property. If we don’t fight for it, the Church would die sonless and be cursed according to fifth commandment.

More and more Christian families would like to homeschool their children because they dislike the brainwashing, atheistic education provided by the CCP. Abeka textbooks that Wang Jian and his colleagues promote and teach in China are popular among Christian families. So, the CCP has panicked and has cracked down on them.