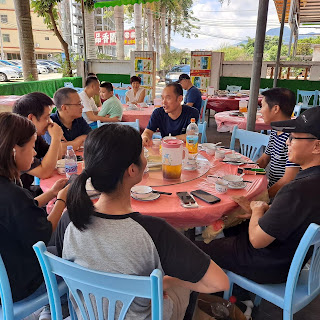 (Shenzhen, China—September 20, 2021) September 5th marked the 5th anniversary of Shenzhen Trinity Harvest Gospel
Church. Congregants of the church came to a beach in Huizhou to celebrate but
were repeatedly harassed and surveilled by CCP officials.

The church made a hotel reservation in advance, but
State security officers monitored the entire conversation with the church and
hotel. Officers also found some congregants the day before the event and warned
them not to attend, which reduced the number of attendants.

This was not
uncommon for Shenzhen Trinity Harvest. Officials have interrupted three
other religious gatherings in the past several months. In April, the Religion
Bureau raided and shut down the church during Sunday worship without any
warrants. Ten church members, including Pastor Mao Zhibin, Pastor Cao Yuan, and
Elder Chu Huaiqing were taken to Bantian police station that morning.  A month later, authorities closed a beach in order
to prevent baptisms, but the church was able to relocate. Pastor Mao Zhibin
gave a Zoom sermon in July, but officials broke into the room, disrupting their
online service.

Since this April, the church lacked fellowship, so they
hoped to celebrate the 5th anniversary of their church together.
However, some of the threats from officials intimidated them. Pastor Mao Zhibin encouraged
his congregation to continue with the event:

Stick with the original plan, don’t change, don’t
flinch. It is legal for us to relax and gather there, it is a citizens’ legal
right and nobody should stop us from our event. Most importantly, we believe in
the triune God, and we submit everything to His hand. If we pray wholeheartedly,
God will hear our prayers and know our hearts.

On September 4th, members of Trinity Harvest arrived
at the beach in Huizhou. After their lunch, they tried to check-in at the hotel.
However, the hotel suddenly refunded their reservation and would not allow them
to stay.  Local police placed five members— including Pastor Mao Zhibin,
—under surveillance. They returned to the restaurant to plan their next move.
Suddenly, the owner of the restaurant offered them his four-story villa. He
heard their discussion and decided to help them. Five other members were unable
to stay in the villa, but they found lodging with a local farmer. ChinaAid
sources report that local police blacklisted Trinity Harvest from all hotels in the area before they arrived.

Police scattered Huizhou beach the next morning. Some
departments in Shenzhen and Huizhou assumed that the church would hold baptisms
at the beach. Although nobody was arrested from Shenzhen Trinity Harvest Gospel
Church, authorities were vigilant to harass and surveil them at every
turn.