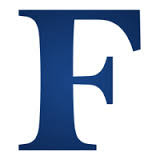 ■ For those wondering if regular reports of a crackdown on civil society in China are real, the news that Beijing has announced a new law further controlling foreign non-governmental organizations (NGOs) operating in China should lay to rest any doubts. Worse, it should also convince even whatever skeptics are left that China is increasingly turning away from global norms and by extension is heading down a path of more insularity.

The new law was announced last year, and immediately came under heavy criticism. Foreign NGOs, estimated at more than 7,000 in China, as well as foreign governments and academics all decried the oppressive law, urging it to be amended before being passed by the Standing Committee of the National People’s Congress.

Instead, the law was finalized in essentially its original form, and the most intrusive elements of the law remained in the text. As the New York Timesreports, the law “requires that foreign nongovernmental organizations register with the Ministry of Public Security and allow the police to scrutinize all aspects of their operations, including finances, at any time.” Nor will foreign NGOs any longer be allowed to operate alone, but must find an officially approved Chinese partner. The law casts a wide net, snaring think tanks, research organizations, hospitals, academic centers and social organizations.

There is much to say on how this will curtail, limit and intimidate foreign NGOs in China. The hopes such organizations have long had, that their activities will help develop Chinese civil society, is precisely the fear that Chinese authorities have.

Chinese President Xi Jinping has focused as much on clamping down on grassroots groups and movements as he has on consolidating his personal power and building a proto-cult of personality. His anti-corruption campaign has served to clean up some graft in the Chinese Communist Party (CCP) and government as much as it has allowed him to neutralize potential threats to his power and cast a pall over Chinese society. While China remains far from the dark days of Mao Zedong, Xi is moving the country down a path that is more illiberal, more capricious and more repressive than at any time since at least the Tiananmen Square massacre, in 1989. The fear the CCP has that effective grassroots groups could somehow pose a challenge to its control or authority is laid bare by the sweep of the law. That it is passed in a time of increasing economic uncertainty should further illuminate the mindset of China’s authoritarian leaders.

Now, the pressure is reaching foreigners in China. Some are expat Chinese, working with groups focused on religious freedom or ethnic issues. Others are global behemoths like the Bill and Melinda Gates Foundation. All will now find their work much harder to carry out, and some may see it become all but impossible. Xi and his colleagues apparently see little downside in angering the West. Perhaps they believe that their actions will have no consequences for trade or investment. Most certainly they are willing to risk bad PR and strained political relations in order to reduce, control or eliminate Western influence in China.

The real news about the law is what it says about China’s future. The West has long held hopes that China would eventually, though slowly liberalize as it become ever more integrated with the global community. This internationalization now seems unlikely to take place anytime soon, if ever. Instead, a more repressive and insular regime is focusing increasingly on staving off any threats–real or imagined–to its power. That means a China more difficult to deal with, and one potentially more dangerous, should the CCP believe that even stronger methods are needed to preserve its control.

The West’s assumption that it constantly must try for deeper engagement with Chinese society and leaders needs to be rethought. Further efforts may wind up being counterproductive, leading to more repression, and hurting the very people NGOs hope to help. After two decades of globalization, a regime whose trust in the world remains so low will not be a willing partner in most of the efforts about which the liberal world cares. Sometimes, the only thing to do is watch and wait.

Michael Auslin, a resident scholar at the American Enterprise Institute in Washington, is the author of The End of the Asian Century (forthcoming, Yale). Follow him on Twitter @michaelauslin