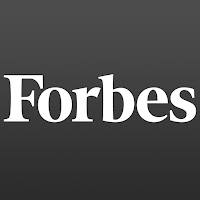 Forbes: Growing Religious Persecution In China A Symptom Of Xi’s Consolidation Of Power

Dozens gathered in Washington, D.C., last week to commemorate the life of Li Baiguang, a well-known human rights lawyer and advocate for Christians in China. Li died on Feb. 25 under suspicious circumstances after being admitted to Chinese Military Hospital No. 81 complaining of minor stomach pains. This was not the first time that Li’s life was under threat.

Beijing has a long history of not respecting religious freedom. The U.S. Department of State’s annual International Religious Freedom report has designated China as a country of particular concern since 1999, the first year the report was issued. Open Doors USA’s World Watch List also ranks China among the world’s 50 worst persecutors of Christians.

China’s antagonistic behavior toward religious minorities has only risen since Xi took power. In May 2015 and April 2017, the Chinese Communist Party (CCP) reiterated its commitment to the “Sinicization” of China’s religions, which is the CCP’s attempt at both secularizing and subjugating religious thought and practice to the control of the party.

Sinicization runs concurrent with a decision made in October 2017 at the 19th Party Congress to write “Xi Jinping thought” into the Chinese constitution (a move similar to those made previously by Mao and Deng Xiaoping). And this February, Xi removed term limits on the Chinese presidency, clearing the way for him to rule indefinitely.

Now that Xi has further consolidated power, the international community should watch closely for intensifying religious persecution in the months ahead.

A ground-breaking report from Freedom House noted that Christians and Uighurs, in particular, experienced increasing persecution between November 2012 and November 2016. It further observed four key trends in religious persecution in China under Xi’s leadership. First, the CCP is expanding control over religious leaders and places of worship. Second, authorities are engaging in “thought reform” and “reeducation.” Third, penalties for disobeying religious restrictions are becoming harsher, sometimes even deadly. And fourth, Chinese authorities are resorting to “economic punishment, commodification, and exploitation.”

Since Xi came to power, Chinese authorities have torn down crosses from churches in Zhejiang province and imprisoned countless pastors. As recently as January 2018, the Chinese government demolished Golden Lampstand Church, a megachurch serving a congregation of 50,000 in Shangxi Province. It is becoming increasingly difficult for believers to congregate in larger groups, and restrictions forbid children under the age of 18 from receiving “religious education,” making it nearly impossible for children to participate in church.

Uighurs are no better off. Chinese authorities are collectivizing Uighur Muslim communities by bulldozing their homes. Beijing is also limiting their freedom of movement by collecting their passports and violating their privacy by systematically collecting Uighur DNA samples, fingerprints and other forms of biometric data.

The death of Li Baiguang is just one of many warning signs that persons of faith in China are in danger. Amnesty International, the National Endowment for Democracy and renowned religious freedom organization, ChinaAid, are all calling for an investigation into Li’s death.

The international community would do well to remind China that economic and many other benefits accrue to pluralistic societies that respect religious freedom. The Trump administration should publicly call for China to respect the human rights of peoples of all faith and make it clear that there are diplomatic consequences for countries that fail to do so.