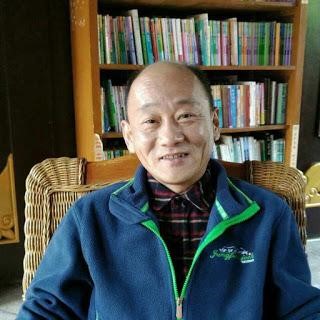 Former CCP State Security employee Fan Baolin: “… I am on a road of no return”

(Xi’an, Shaanxi Province—June 10, 2021) Prior to working for the Chinese Communist Party’s (CCP) Party’s massive security system, Fan Baolin participated in the deadly 1989 suppression of the Tiananmen Square democratic protests. In 1999, CCP authorities arrested Mr. Fan, however, for providing overseas activists with confidential documents containing information about the surveillance of Chinese pro-democracy exiles. As a result, Mr. Fan served seventeen and a half years in prison.

While in prison, Mr. Fan’s physical condition dramatically deteriorated. He lost most of his teeth. After officials released him from the prison, Mr. Fan reported that the world seemed like an unfamiliar planet. He felt excited and, in a daze, he said, but also worried and at a loss. “Thanks to God for His grace,” he said. “So many people who have never met me care about me and help me. This help allows me to return to having a normal life step by step.”

Around June 04, Mr. Fan accepted an interview with Associated Press News. He noted, “Once you are on the Chinese government’s blacklist, you will be tracked for life.”

Until recently, Mr. Fan lived in his hometown of Xi’an in China’s west, under long-term surveillance and restrictions. He reported that police officers discouraged him from leaving this city. Due to his phones being monitored and tracked, as well as for the safety of his family, he rarely contacts his family or tells them about his activities. Mr. Fan worries that if CCP officials accuse him of any wrongdoings, they may punish his family members as well. Mr. Fan said:

CCP officials searched for my brother and sister as they wish for my family to influence me and to control me. They do not want me to participate in any kind of activism nor communicate any more with those making a stand for human rights.
This reflects the atmosphere of fear the CCP’s domestic high-pressure policies have created.

Mr. Fan also stated that in 2017, when he traveled to other cities to visit his friends, the police called every day to question regarding his activities. In 2018, when Mr. Fan went on vacation to the southwest Yunnan Province, police officers detained him and ordered him to return to Xi’an.

When Mr. Fan described the scenes at Tiananmen Square, his eyes welled with tears, He said that he had participated in the 1989 protests and joined thousands of students from all over the country in Tiananmen Square. After he left Beijing at the end of May, however, CCP authorities dispatched the military to quell the demonstrations.

After receiving legal training, Mr. Fan joined the police force in Shaanxi Province and subsequently transferred to the Ministry of State Security. During his assignment, he watched the public and read their mail, looking for any possible foreign ties.

Because of his knowledge and participation in “June 04,” Mr. Fan strongly sympathized with the pro-democracy movement in China, yearning for his country to realize democracy, freedom, and the rule of law. In June 1999, he faxed six top-secret files containing confidential information about the surveillance of Chinese pro-democracy exiles to a pro-democracy group overseas. When the CCP learned of this , the Xi’an Police in Shaanxi Province detained Mr. Fan on June 4th.

According to a document Mr. Fan provided to the Association Press, authorities sentenced him for “illegally providing State secrets abroad,” for faxing the Ministry of State Security’s documents to a pro-democracy movement group in Los Angeles and “expressing sympathy and support.”

Mr. Fan, 57-years-old, admitted to using his position to provide intelligence about the agency. His parents passed away while he served his prison sentence. He did not learn about his parents’ deaths until after his release, more than ten years after their deaths.

Mr. Fan, now a Christian, successfully escaped China, often reads the Bible on his phone as he waits for updates on his asylum application in another country. He said:

I will not return to China. I am on a road of no return.

CCP authorities sentenced Brother Fan for exposing the Party’s surveillance of dissidents abroad during his time working at the Ministry of State Security. Last year, after finishing the heavy sentence of seventeen and a half years in prison several years ago, he fled overseas. Currently, he awaits his asylum settlement.
Together, we will help Brother Fan enter into a free country—as soon as possible.
Pray!

###
Therefore take up the whole armor of God,
that you may be able to withstand in the evil day,
and having done all,
to stand.
~ Ephesians 6:13 (NKJV)
China Aid exposes abuses in order to stand in solidarity with the persecuted and promote religious freedom, human rights, and rule of law. If you wish to partner with us in helping those persecuted by the Chinese government, please click the button below to make a charitable donation.