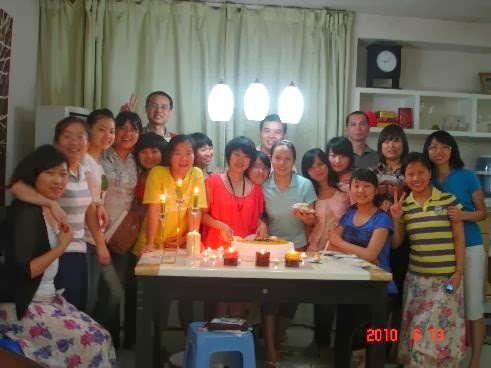 (Liuzhou, Guangxi—Feb. 27, 2014) A former Chinese house church leader published an essay on Monday, detailing the events that occurred on Feb. 18, when two Christian school teachers were detained, and the days following; the pastor begins by telling the history of persecution faced by the families and their churches.

The key points that Wang “Joshua” Dao, the former pastor of Liangren Church in Guangzhou, in China’s southern Guangdong, hits on in his essay, in addition to the church’s account of event surrounding Cheng Jie and Mo Xiliu’s detention, are bolded in his introduction (see https://chinaaid.org/2014/02/two-women-taken-into-custody-from.html and https://chinaaid.org/2014/02/update-lawyers-find-charges-against.html).

Since the Communist Party took power in mainland China in 1949, Christians in China have suffered unprecedented brutal persecution. A large number of churches were shut down or confiscated, Bibles were burned, pastors and missionaries were executed, sent to labor camps, denounced publicly and mistreated, etc. Christianity had to go underground and has thus become a social group with one of the largest populations in China—house churches have nearly a hundred million believers.

In most cities across China, the number of people in churches usually increases several times a year, and its social energy sees the corresponding increase in the same period. This is especially true since the 2008 Sichuan Earthquake [Editor’s note: Sichuan is a province located in southwestern China, a few provinces away from the southern Guangdong province. For more information on the earthquake, see http://en.wikipedia.org/wiki/2008_Sichuan_earthquake]. Many house churches sent Christian volunteers to settle down in the disaster-stricken areas to provide relief to their compatriots. At the same time, they revealed their true force.

The Chinese Communist rulers, who don’t have a sense of security, still maintain the mentality they adopted during the Cold War. They worry very much that these volunteers would win the hearts and minds of the people, and thus would endanger their rule. Therefore, they regard house churches as their greatest threat and would like to eradicate the churches completely, starting at the roots.

Fast-growing house churches in urban areas, which have expanded due to increased Gospel ministry aimed college students, have become the important target of the local Public Security Bureau’s stability maintenance and suppression. Liangren House Church of Guangzhou is one of many urban churches, consisting mainly of college students, that has emerged in the past ten years.
Guided by the three visions of the Chinese Mission Seminary—Evangelization of the Chinese people, Kingdomization of the Chinese Church, and the Christianization of the Chinese culture—and with Christian character education as a platform, the church is committed to evangelization to the outside world and church planting. After the 2008 Sichuan Earthquake, Liangren House Church built its first tent school, called House of Lamb Children, in the disaster-stricken area and persisted in the area for three years before withdrawing.

What we didn’t anticipate is that, as a result of this, Liangren Church would suffer long-term suppression by the Public Security Bureau. On Dec. 14, 2008, the Sunday worship of the church was raided and the gate of our gathering site was locked with an iron chain.

In order to stick to our top faith-based priority of never stopping our gatherings, we were forced to move than 40 times. At last, when there was no place to move to, we had to hold our worship service outdoors. As a result of this, the pastor and his wife were detained. In the past few years, Public Security Bureau agents have adopted various types of underworld means to continuously suppress and persecute Liangren Church, and the Church miraculously continues to grow despite the brutal external environment.

I. Sent to Guangxi to preach the Gospel and to plant churches
Cheng, who was detained on Feb. 18, has believed in the Lord since childhood and is a third-generation Christian. After she graduated from college in 2005, she went to work in Guangzhou where she became a member of Liangren House Church. She enthusiastically pursued her faith and took an active part in Bible study gatherings where she received disciple training. Pretty soon, she became a helping hand of the pastor’s wife.

After the May 12, 2008 earthquake relief efforts by the church, Cheng Jie, a member of Liangren Church married Du Hongbo, a fellow relief volunteer whom she got to know while helping in Sichuan. The match was facilitated by the church pastor’s wife.

In 2009, the couple was dispatched by the church to Liuzhou, a city in China’s southern Guangxi Zhuang Autonomous Region, to preach the Gospel and to plant the churches there. Du preached full-time in the church they started, and his wife served the church as a companion and served as the director of Hualin Foreign Language Experimental Kindergarten, which was founded by several Christians. Most of the teachers there are Christian sisters who love teaching kids.

Cheng worked diligently at her job as a kindergarten teacher, and she enthusiastically served the Lord. At home, she helped her husband and taught their kids. Her calling is to save the souls of youngsters in society.

The church in Liuzhou developed very rapidly under the pastoring of Du and his wife. In three years, the Liuzhou church was self-sufficient and no longer needed the support from its mother church. They began to preach the Gospel to local college students. Each year, during both summer and winter vacation, they held two camps.

They were often summoned by Public Security Bureau agents to their local police station for interrogation, recording of confessions and fingerprinting. The local government threatened Du and Cheng and tried to drive them out of Liuzhou.

Mo Xiliu was also detained on Feb. 18. Though Mo is a new believer of the Lord, she is a woman who loves the Lord and has goals. Pretty soon after becoming a Christian, she began working with the church. However, her family still does not believe in the Lord and doesn’t quite understand why she believes in Jesus.

II. Suffered brutal persecution in the hands of the Public Security Bureau
In 2012, when Cheng was eight months pregnant with her second child, officials from the Public Security Bureau tried to force her to spend a week with them outside the town in a sanitarium. This is commonly done under the pretense of sending someone on a “sightseeing trip.”

“I can go there with you. However, if something happens to my baby during the trip, you shall be entirely responsible for this,” Cheng told the officials.

Public Security Bureau employees discussed the matter with their superior. Out of fear of an accident during the trip, they stopped implementing their plan to get an eight-month pregnant woman to go on a “sightseeing trip.” Instead, they placed Cheng and her husband under house arrest for a week.

During Cheng’s pregnancy, the family had to move often. Cheng was also threatened that she would be kidnapped and forced to undergo an abortion. Such experiences doubtlessly brought harm to the body and mind of Cheng who was many months pregnant.

III. Persecution escalated and two women were detained
These two women, who have been committed to education and have always abided by the law, never dreamed that they would be jailed in this life. However, being in prison has indeed become a reality in their young life. It turns out that the standards of the Communists’ prison are so backwards that they only detain good people.

At about 3:40 p.m., eight Public Security Bureau agents arrived at the kindergarten. They came with a vengeance. Every one of them looked ferocious and began to search the school without presenting a search warrant. The children were eating snacks at the time, and the crude behavior of the officers scared some children so much that they cried.

After they entered, officers went directly to Mo and locked her up in an office for interrogation. Several Public Security Bureau agents treated Mo very ferociously, and people could hear a loud voice of lecturing her from the tightly shut office. Mo was taken into custody at that time.

Right after that, they began to search Cheng’s office. Then, they seized the computer in the office and other items without leaving behind a list of seized items.

Cheng and Mo were detained by the Liuzhou Municipal Public Security Bureau on the groundless charge of “illegal business operation.” They are now being detained at First Detention Center located on South Ring Road of Liuzhou.

At 2 p.m. on Feb. 19, Public Security Bureau officers searched Cheng’s house. At the time, only a young housemaid and Cheng’s 1-1/2 year old son were present. Officers were so fierce that the child was severely frightened.

At 9 p.m. on Feb. 19, when Du, who was in Sichuan for a short mission trip, learned that his wife had been detained by the Public Security Bureau, he immediately went back home.

At about 9:30 p.m., a police officer who called himself Luo called Du and told him to meet him on the fifth floor in the Rongjun Road Police Station between 9 a.m. and 10 a.m. on Feb. 20. The officer said Cheng had been detained on suspicion of “illegal business operation.”

At 4 p.m. on Feb. 21, three Public Security Bureau agents again broke into the kindergarten and they were vicious in their manners. They searched the kindergarten for the second time and even wanted to take away the safe box in the office. Every night since their mother was detained, the two young kids, ages three and 18 months, both cry and look for their mother. They ask: “When will mom come back? Where has mom gone?” What pitiable kids!

IV. The truth behind Feb. 18 Religious Case
The Public Security Bureau officers in Liuzhou are notorious for their evil deeds. Even other local police officers are afraid of them and dare not offend them. In the past few years, the Public Security Bureau agents in Liuzhou have committed numerous crimes by brutally persecuting the local citizens, who were faced forced demolitions, petitioners and other rights defenders.

Once officers have enough evidence, they plan to severely punish the couple. Their purpose is to wipe out the church, shut down the kindergarten founded by the loving and caring Christians, and drive the Christians from Liuzhou.

We really don’t know why the Public Security Bureau agents are so afraid of two 20-something Christian teachers. Could these women bring any danger to the Communist rule just because they believe in Jesus? Do they want to forbid Christians to enter the field of educating young children? Are Christians barred from being kindergarten teachers?

The police officer in Rongjun Police Station assigned by the Public Security Bureau to take care of this case disclosed mysterious internal news to the parents of the kindergarten: “This case involves too many things. You’d better not get involved in this and look for trouble for yourself!”

This is really absurd, and we would like to ask what he means by “involves too many things?” Isn’t it just because the kindergarten itself compiled a textbook for the children’s character education?

The Liuzhou Public Security Bureau launched a big campaign against these Christians and seized this opportunity to exaggerate the matter. The persecution either serves as an “achievement” meant to curry favor with their superiors or as a qualification to apply for funds to maintain social stability—funds that will provide luxuries to these corrupt officers. The thing is just this plain and simple.

To sum up the above, the Feb. 18 Religious Case of Liuzhou is the first religious case in Guangxi that was artificially manufactured by the dark and evil forces within Public Security Bureau of Liuzhou City. This is another piece of evidence, which proves that the Chinese government willfully tramples upon citizens’ human rights and deprives them of religious freedom. We will expose in details the causes, effects and truths behind this case. We call on more Chinese citizens to turn their attention to this case so that the justice might be served.

“Speak up for those who cannot speak for themselves, for the rights of all who are destitute.” (Proverbs 31:8)