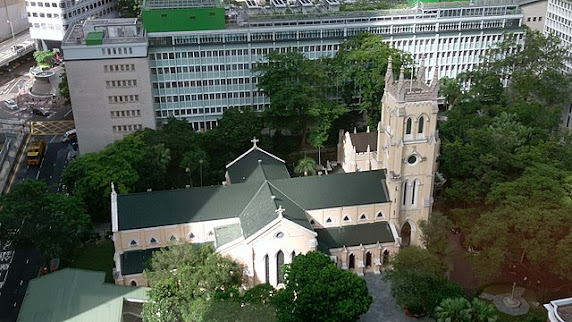 Former Vatican Envoy in Hong Kong: Religious freedom is over

Reuters reported that Msgr. Javier Herrera-Corona, the former Vatican envoy in Hong Kong, is considered to be the de facto representative of Pope Francis in China. Before leaving Hong Kong in May, he warned that the freedoms enjoyed in Hong Kong over the past decades are coming to an end. He argued that Catholics would face more severe trials in Hong Kong in the current political environment.

According to four anonymous sources, in four closed-door private sessions since October 2021, Msgr. Javier Herrera-Corona pointed out that as Beijing expands its control over Hong Kong, the rights granted by the “Hong Kong Basic Law” to religious organizations can no longer be relied on. Hong Kong and China will be more closely integrated in the coming years, possibly causing Hong Kong to follow China’s lead in imposing various restrictions on religious groups. He urged religious and missionary societies in Hong Kong to protect their missions’ property, files and funds. He also reminded them, “change is coming, and you’d better be prepared.” A source summarized the monsignor’s message: “Hong Kong is not the great Catholic beachhead it was.”

Negotiations between religious groups and China may have more “Chinese characteristics” in the coming years. Long before the implementation of Hong Kong’s National Security Law on June 30, 2020, Msgr. Javier Herrera-Corona and other envoys in Hong Kong began to discreetly move the Holy See’s archives overseas for preservation because of the law regarding “colluding with foreign countries and foreign forces” as a crime. People familiar with the matter pointed out that in the process of transferring files, they were worried from time to time that the Chinese state security apparatus would monitor them, and they cautiously sent files about Catholic activities in China and Hong Kong to Rome, partly through “diplomatic channels of friendly countries.” The total weight of the file exceeds 1,100 lbs.

The documents, dated back to the mid-1980s, were mostly related to mainland China, including missionary activities, private conversations with clergy of the Chinese underground church, and details of the persecution of Catholics in China.

According to official diocese documents, there are currently about 50 Catholic missions and institutes in Hong Kong, with more than 600 priests, monks, and nuns serving as priests in different dioceses, schools, and hospitals. Representatives of most of the organizations mentioned above were present at several meetings.

The meeting expressed concern that the authorities have identified many Catholic figures in Hong Kong as leaders of a series of social movements in 2019 and critics of the National Security Law.

In May of this year, five trustees of the “612 Humanitarian Relief Fund” were arrested on suspicion of “colluding with foreign forces” under the “Hong Kong National Security Law,” including Cardinal Joseph Zen, bishop emeritus of the Catholic Diocese of Hong Kong.

Reuters disclosed in December last year that the Beijing Liaison Office in Hong Kong held an unprecedented meeting in October last year, during which bishops and religious leaders in mainland China controlled by the CCP briefed Hong Kong Catholic clergy on Xi’s theory of socialism with Chinese characteristics. It was Beijing’s most blatant attempt to influence the Hong Kong church’s arbitrary practices.

Hong Kong’s foreign church groups used to operate in Hong Kong without restrictions, but Beijing’s laws ruined Hong Kong’s freedom. Among them, the “crime of collusion with foreign forces” abused and targeted people and foreign church personnel. The risk of arrest has risen sharply. During his visit to Hong Kong on July 1, General Secretary Xi Jinping said that Hong Kong’s “One Country, Two Systems” would continue to give Hong Kong people religious and press freedom, but in fact, he was destroying Hong Kong and stifling the freedom that once made its people proud.