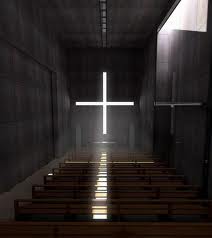 (Urumqi, Xinjiang—June 3, 2014) Four worshippers in China’s far west Xinjiang Uyghur Autonomous Region were taken into custody in March when local police broke up a training program at a nursing home with about 30 attendees; two of the detainees, since their release, submitted administrative reconsideration applications.

“On March 21, when their training program was in its seventh day, police officers from the local police station all went [to the nursing home] and took all the people to the police station,” a Christian named Li said. “Three people were placed under a 15-day administrative detention. The person in charge of the church was also detained 15 days later. An American pastor who attended the activities was driven out of Xinjiang.” Li said that several dozen policemen were present when the event was dispersed.

“On that night, police took [the American pastor and a translator] to a hotel for foreigners,” Li said. “On the second day, the police let him leave by place.”

“Not long after the three [detainees] were released, the police told the brother in charge [of the training program] to go to the police station,” Li said. “There, the people from the Xinjiang Ministry of State Security had a talk with him. After the talk, they detained him.”

Li said that two of four detainees were planning to file for administrative reconsiderations, but that the other two are “afraid that the authorities would retaliate against them.”