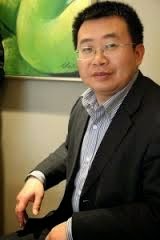 
(Qinglongshan, Heilongjiang—March 25, 2014) Four prominent human rights lawyers were detained Thursday during their efforts to seek justice for individuals serving time in a black jail in China’s northeastern Heilongjiang province; two of the lawyers were sentenced to 15 days of administrative detention on Saturday (corrected March 27, 2014).

Tang Jitian, Jiang Tianyong, Wang Cheng and Zhang Junjie were detained after visiting the “Jiansanjiang Rule of Law Education Center” on Thursday for the third time during their attempts to gain their clients’ freedom from the extrajudicial detention center. Nine family members of the clients accompanied the lawyers.

The lawyers were taken from their hotel, located in Jiamusi city, Friday morning, according to Radio Free Asia. China Aid learned Monday that Tang and Jiang had been placed under 15-days administrative detention for “utilizing cult activities to harm society,” according to a notice sent to their families (see end of story).

China Aid also learned that the black jail has been in operation since 2010 and has held several hundred dissenters on long-term bases. Those detained have included members of house churches, Falun Gong practitioners, rights defense petitioners and any citizen the government deems to have “problems.” Black jails are often used to detain individuals who intend to petition issues at a higher level than the local government.

Chinese netizens began calling their local police and denouncing the detention of the lawyers after learning of the incident online. In addition, other human rights lawyers and citizens began arriving in Jiansanjiang on Sunday to show their support and concern for the illegally detained lawyers.

This violation of human rights comes shortly after the close of the Chinese People’s Political Consultative Conference and the National People’s Congress, where Chinese Premier Li Keqiang stated that respect for the legal system is the starting point for the new administration’s plan to rule the country according to law. Last week’s human rights abuse emphasizes the lack of communication between China’s central government and smaller county, township and village governments.

Tang, Jiang, Wang and Zhang have been involved in major human rights cases in China. Friends say they have often been severely suppressed by the various public security bureaus and judicial departments they encounter. The four have been illegally deprived of their rights to practice law. The lawyers have also been monitored, disappeared, beaten and harassed throughout their careers as human rights defenders.

In 2013, Jiang, along with a group of other lawyers, founded the “Delegation of Lawyers for the Concern of Human Rights in China,” which calls for lawyers with a sense of justice and social responsibility to courageously involve themselves in human rights cases and help citizens whose rights have been abused. The delegation also aims to popularize human rights and raise citizens’ concerns about human rights.

China Aid calls on the Chinese government and Heilongjiang Public Security Bureau to immediately and unconditionally release these four lawyers, as well as all those individuals arbitrarily detained in the Jiansanjiang black jail. We also call on the Heilongjiang Public Security Bureau to thoroughly investigate those responsible for the operation of the black jail. China Aid will continue to monitor and update the story as more information becomes available. In the meantime, we ask for prayers for the lawyers.

As Tang Jitian caused harm to the society by utilizing cult activities, it was decided that he be placed on a 15-day administrative detention on March 22 pursuant to Item 1, Article 27 of the Law of the People’s Republic of China on Penalties for Administration of Public Security. His detention lasts from March 23, 2014 to April 6, 2014.

(Seal of the Public Security Bureau)

1. This notice has been received. (handwriting): Xiang Xing has received this notice for Tang Yu. March 23, 2014.