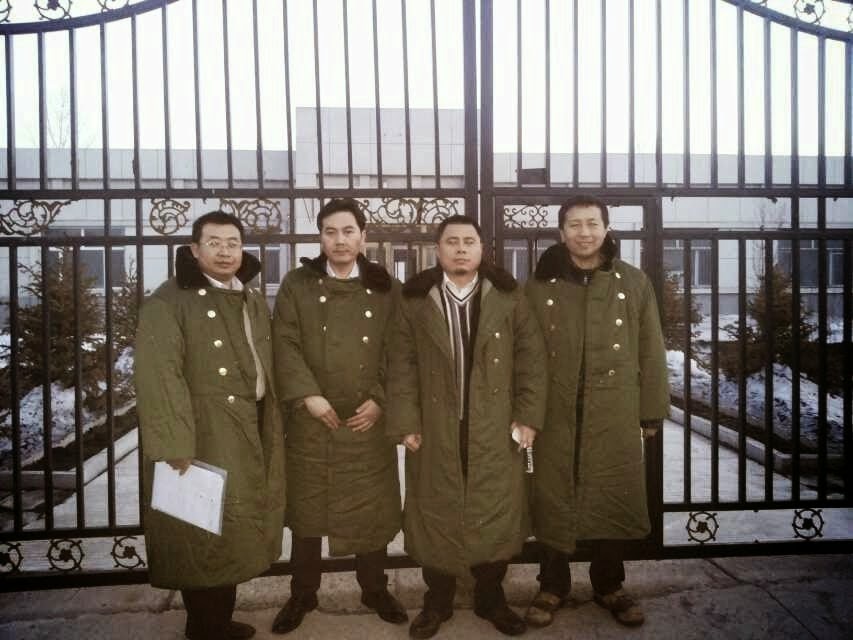 
(Washington, D.C.—April 14, 2014) ChinaAid is authorized to release a statement by four Chinese rights defense lawyers who were detained and tortured for seeking to meet with clients in Jiansanjiang, Heilongjiang. Their clients were all detained arbitrarily in “black jails” for their religious practice.

“The Jiansanjiang authorities’ brutal treatment of these lawyers shows utter contempt for both the rule of law and religious freedom,” said Bob Fu, China Aid founder and president. “China’s top leaders have a critical choice to make that will shape the county’s stability and prosperity: will they continue to blatantly ignore the rule of law or will they take steps to protect the fundamental freedoms of the Chinese people. We appeal to the CCP leaders to hold those responsible accountable for the torture and detention of the lawyers and to take steps to end “black jails” according to the Chinese law and international norms. We urge the international community to raise these issues with Chinese officials.”

1. The Legal Education Base of Heilongjiang Agricultural Reclamation General Bureau (i.e. Qinglongshan Brain-Washing Class located at Qinglongshan Farm of Jiansanjiang Agricultural Reclamation Management Bureau) is a criminal base for illegal detention. When we accepted the authorization by victims of illegal detention and their families and negotiated and sued according to law, it is entirely a legitimate action.

For many years, the Legal Education Base of Heilongjiang Agricultural Reclamation General Bureau and its staff members have detained citizens who persist in their faith such as Shi Mengchang, Yu Songjiang and Jiang Xinbo, and they do such things without any legal procedures or paperwork. This detention can last several months or several years, during which they deprive citizens of their personal freedom. Such conduct violates Article 238 of the Criminal Law of the People’s Republic of China and constitutes the crime of illegal detention. This so-called legal education base is actually a typical base for crimes that is worthy of its name. When Zhang Junjie worked as a lawyer and the other three people worked as citizens and accepted the authorization by the victims and their family members to serve as their counsels in raising a criminal lawsuit against the actors of illegal detention, they all had the authorization paperwork and legal basis— it was completely legal conduct.

2. The procedure of Jiansanjiang Agricultural Reclamation Public Security Bureau in imposing us the penalty of public security detention has seriously violated the law and is based on no facts or legal basis. The so-called written records were obtained through torture. We reserve our rights to serve as counsels, sue, indict and other rights. At about 8 a.m. on March 21, 2014, Jiansanjiang Agricultural Reclamation Public Security Bureau broke into our hotel room without any legal procedures and took us into their custody like kidnappers. They grabbed our cell phones, and squeezed us into the trunks of their vehicles and hauled us to Daxing Public Security Branch. There, they handcuffed us from behind, hanged us in the air and beat us. We suffered the torture for a long time. Jiansanjiang Agricultural Reclamation Public Security Bureau also tried to force us to give up our criminal lawsuit for the victims of illegal detention and tried to force us to give up our rights to sue them for the illegal detention and torture we suffered in their hands.

3. While we were being detained, we learned, and we are now more clear, that many lawyers and our citizen friends quickly got concerned for us and tried to rescue us. We have also learned that many lawyers and citizens were harassed, stalked, beaten and even detained by the police for trying to rescue us. We hereby give our sincere thanks to your concern, appeal and rescue efforts. We also implore you to continue to show concern and rescue those 14 citizens who are still being detained at Jiansanjiang Public Security facilities for trying to rescue us. They are Qu Yanmin, Jiang Jianjun, Zhang Shengyu, Sun Dongsheng, Li Baolin, Chen Jianxiong, Yuan Xianchen, Li Fawang, Liang Yan, Zhao Yuan, Zhang Shiqing, Li Dawei, Zhang Yan and Chi Jinchun. We also implore you to continue to show concern for the safety of the lawyers who are going to Jiansanjiang to rescue these citizens.

4. We implore you the friends to continue to show concern for the citizens who are being detained in black jails and their family members and do your best to provide help and legal assistance for them.