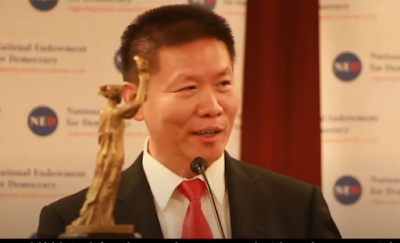 (Beijing—June 4, 2020) 31 years ago, the Chinese military opened fire on students gathered in Tiananmen Square to demonstrate for democracy.
The students, who came from all across the country, were part of a wave of pro-democracy sentiment that overtook China in 1989. For more than a month, they gathered in Tiananmen Square, in front of the prominent government building, the Great Hall of the People, and before the ancient seat of Chinese power, the Forbidden City.
On the evening of June 3, Chinese troops fired the first shots of the massacre, which lasted until June 5, 1989. State television was subsequently wiped of all reporting on the topic, even though international outlets covered it extensively.
To mark the 31st anniversary, ChinaAid Founder and President Bob Fu and Senator Marco Rubio both delivered video speeches. Fu’s can be found below, and Rubio’s can be viewed by clicking here.
ChinaAid exposes abuses in order to stand in solidarity with the persecuted and promote religious freedom, human rights, and rule of law. If you wish to partner with us in helping those persecuted by the Chinese government, please click the button below to make a charitable donation.