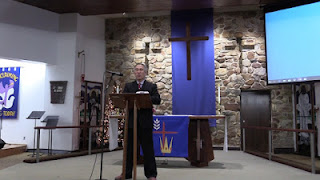 (Fuzhou, Fujian—Nov. 8, 2018) A church in the capital of China’s southeastern Fujian province has been harassed relentlessly by authorities over the past few months.

Yongfu Church, located in Fuzhou, has been raided eight times in the past two months. When the church refused to make modifications to their building in order to fit the Communist Party’s agenda, 40-50 city management officers went to a Christian’s home and threatened those there. He asked how the evil of cracking down on Christianity could be ignored by the central government. His father was taken to the police station, even though he had been through two bypass heart surgeries and a cerebral hemorrhage.

“Our lives and property have both been threatened and jeopardized,” his son said. “ … Please pass the word along and pray for us. I hope this country will get better and better.”

Every time the church was raided, a crowd of police officers stood near the building as plainclothes officials and personnel from the local United Front Work Department provoked the Christians.

The authorities also went to the church on Oct. 14 and 21 and ordered the Christians to no longer attend services there. They were reportedly very rude, and one of them bullied those gathered for the service. When they left both times, they said they would be back next week.

Their electricity and water have also been cut off.

Despite this mistreatment, one of the church members said, “We love this land and the people, but we will never surrender to darkness and evil. We are grateful for the prayers and support of churches everywhere, as well as our united witness to our faith.”

ChinaAid exposes abuses, such as those suffered by Yongfu Church, in order to stand in solidarity with the persecuted and promote religious freedom, human rights, and rule of law.