by Jieun Pyun
MAY 16, 2019
Bob Fu was a leader in the student democracy movement at Tiananmen Square in 1989, a Christian pastor and founder of an underground church in China, and former Chinese prisoner of conscience. We spoke with him about the Uighurs— a Turkic people in Central and East Asia.

Who are the Uighurs and what is happening to them?

The Uighurs, a Turkic minority group concentrated largely in China’s northwestern Xinjiang autonomous region, embraced Islam about a thousand years ago. Since the Communist Party of China took power in 1949, tensions between ethnic Han Chinese and the Uighurs have increased. The government wrongfully associates the Uighur people with terrorism and religious extremism. 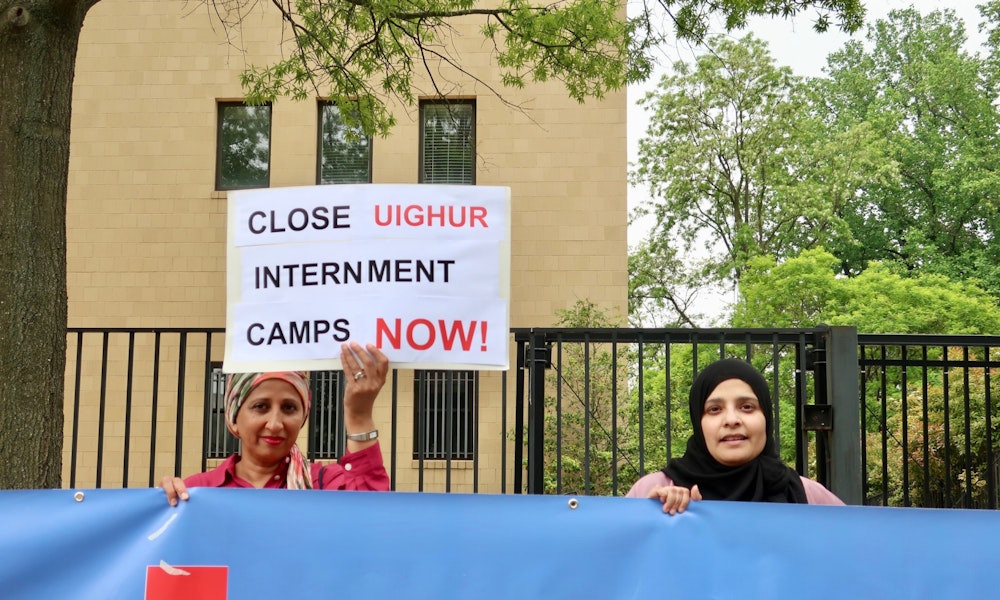 Over the past few years, the combative relationship between the Chinese government and the Uighur population has become even more severe. Authorities have established a network of concentration camps dedicated to torturing, starving, and brainwashing the Uighurs and other ethnic minorities in the area. There are also reports that women are forced to take an unknown medication that stops their menstruation, suggesting Chinese officials are engaging in involuntary sterilizations.

Last year, Scott Busby, deputy assistant secretary in the State Department’s Bureau of Democracy, Human Rights and Labor said, “The U.S. government assesses that since April 2017, Chinese authorities have indefinitely detained at least 800,000 and possibly more than 2 million Uighurs, ethnic Kazakhs, and other members of Muslim minorities in internment camps.”

For those outside of the camps, life is not easy. Often, people are arrested simply for asking if their food is halal, posting Quranic verses on social media platforms, or visiting family in other countries—government officials wrongfully believe these family members are affiliated with terrorist groups.

The Chinese government views any religion not under its control as an ideological threat to its power, prompting severe crackdowns.

Why is China’s policy toward ethnic minority groups of concern?

China’s recent actions toward ethnic minority groups are severely concerning as they meet the criteria for genocide as defined by Article 2 of the United Nations’ Convention on the Prevention and Punishment of the Crime of Genocide (1948):

“In the present Convention, genocide means any of the following acts committed with intent to destroy, in whole or in part, a national, ethnical, racial or religious group, as such:

(a) Killing members of the group;

(b) Causing serious bodily or mental harm to members of the group;

(c) Deliberately inflicting on the group conditions of life calculated to bring about its physical destruction in whole or in part;

(d) Imposing measures intended to prevent births within the group;

(e) Forcibly transferring children of the group to another group.”

In the case of the Xinjiang crackdown, Chinese officials have killed countless individuals imprisoned in concentration camps, tortured and brainwashed many others until several have reported desires to commit suicide, and tried to erase cultural and ethnic identity by forcing ethnic minorities to speak Mandarin. Many children have also been relocated from concentration camps to orphanages, made to speak Chinese, and brainwashed on behalf of the Communist Party.

How can the United States and other free countries support religious freedom and minority rights in China?

For the 20th year in a row, the U.S. Commission on International Religious Freedom designated China as a Country of Particular Concern. The United States’ International Religious Freedom Act and the Global Magnitsky Human Rights Accountability Act authorize the president to take concrete measures to hold human rights abusers— including severe religious freedom violators— accountable. It is vital pertinent the United States and other free nations pressure China on its minority rights abuses. Such actions can be:

Additionally, lawmakers and other prominent figures must use their platforms to call on China to immediately cease the persecution of its people and broach the issue with Chinese officials with whom they come into contact. Since China attempts to hide its human rights violations, it is also critical they are exposed to the outside world. These violations should be shared widely on all social media platforms. More exposure can generate more pressure.