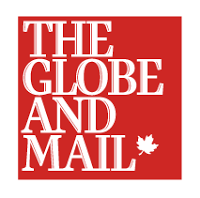 Globe and Mail: When Trudeau visits China, spare a thought for my father

■ Times Wang of Montreal is a lawyer based in Washington, D.C. His family’s website provides details about his father’s case.

When Prime Minister Justin Trudeau visits China next week, my family and I will be watching very closely. We are Canadian Chinese, but our particular interest in his visit stems not from heritage, but from heartache.

My father is Chinese political prisoner Wang Bingzhang, whose experience of Canadian democracy led him to devote his life to democracy activism. After obtaining his PhD from McGill University, he started several opposition parties, including in China, from which he was exiled and expelled.

Fourteen years ago, he was kidnapped in Vietnam and taken to China, where he was held incommunicado for months, and then convicted in a one-day, closed-door trial where he was not allowed to present evidence, much less mount a meaningful defence.

The Canadian government has been helpful, but my father remains in prison. Our heartache deepens, as weddings, births and funerals slip by with only a flower on an empty chair to make up for his absence. Meanwhile, the Chinese Communist Party (CCP) continues to jail anyone who dares challenge its power, from journalists to religious leaders to activists to academics to lawyers, at a pace that is unrelenting, and that has intensified under President Xi Jinping.

The Prime Minister has committed to defend the universality of democratic values and human rights during this trip, and that is what Canadians rightly expect. But Canada’s leadership on these issues is particularly important for another reason: It provides an example for other democracies to follow.

In recent years, as my family’s experience has taught us, relations between democratic countries around the world and the CCP (and it is important to remember that the CCP is not the same thing as China itself, or its people) have been characterized by a dichotomy that pits upholding democratic values against pursuing economic interests. The debate inevitably becomes whether, and to what extent, the former should give way to the latter. We submit, however, that in the long run, this dichotomy is false, because true prosperity cannot exist in an undemocratic world. And we submit that, whatever tension exists, values must prevail over interests.

In dealing with the CCP, however, too many democracies fail to see things this way, and err on the side of appeasement, by toning down their criticism, or by paying mere lip service to human rights concerns. But when the rest of the world wavers on issues of principle, there is a tradition of Canadian leadership strengthening global resolve – a tradition Mr. Trudeau has been known for upholding. Thus, we believe that on this trip, he should not just mention democratic values and human rights, but should dedicate a significant amount of energy to setting forth an argument in their favour, as forcefully and as publicly as possible.

Doing so would be an example of the leadership that led his father, the late prime minister Pierre Trudeau, to open relations with China in the first place, bucking global convention. It would be the kind of leadership that led Justin Trudeau to embrace tens of thousands of Syrian refugees while other governments equivocated. In that context, he argued that there is a “set of values, aspirations, hopes and dreams” that “people around the world share.” We agree, and we know that many Chinese and Canadians do as well.

For my father’s sake, for our own and for the sake of future generations of Chinese, of Canadians and of people the world over, we hope we will see it.