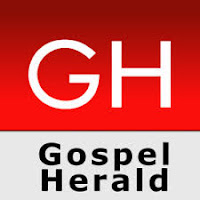 Gospel Herald: Christian Lawyer Zhang Kai Once Again On the Run After Renouncing Statements Made in Coerced Interview

■ Zhang Kai, a Chinese Christian lawyer who was released in March after being detained while defending churches that were being forced to remove their crosses, has once again roused the ire of Communist authorities after publicly renouncing statements he was forced to make in an interview.

According to China Aid, Zhangs mother revealed on Wednesday that police surrounded her home and attempted to seize her son, angered that he had renounced statements he made during an interview earlier that month.

The report notes that officials had forced Zhang to attend the trial of lawyer Zhou Shifeng, after which he was pressured into condoning the government’s treatment of human rights lawyers in an interview. However, last week, Zhang posted a video on WeChat, a popular social media service, refuting his statements and requesting the forgiveness of the lawyers’ family members. He explained that he had been under great duress after experiencing a six-month detention that was “all black and no daylight.”

As earlier reported, Zhang was originally apprehended last August for legally representing about 100 churches affected by an ongoing cross demolition campaign in Zhejiang province. At the time of his arrest, Zhang was advising a church in Wenzhou, a region known as China’s “Jerusalem” due to its large Christian population, according to the New York Times.

Zhang was charged with “gathering a crowd to disturb public order” and “stealing, spying, buying and illegally providing state secrets and intelligence to entities outside of China,” prompting police to issue an order to place him under secret detention for up to six months.

In February, Zhang reappeared on state television, and confessed to his “crimes”, apparently under coercion. He admitted to encouraging Christians to come together to “protect their rights” after the authorities removed crosses from churches.

“I really regret doing these things, I feel very remorseful,” Zhang said. “These things violated China’s law and violated my personal integrity as a lawyer, and they harmed societal structure and national security.”

Shortly thereafter, he received a criminal detention sentence, which was cut short when he was released on bail on March 23. Since then, he has been living with his family in Hohhot, Inner Mongolia.

Following the televised confession, Bob Fu, China Aid’s director, denounced what he called the Communist Party’s “propaganda efforts” but applauded Zhang’s release: “As a close friend of Zhang Kai, I am very pleased to hear this good news, although further details about the conditions of his release are still unknown.”

Communist China officially guarantees freedom of religion though authorities are sometimes suspicious of religious groups. Experts believe there are a staggering 60 million Protestants in China, divided between official and unregistered churches.

Over the past year, up to 1,700 churches have been demolished or had their crosses removed in Zhejiang province, and a significant number of pastors and human rights lawyers have been arrested and imprisoned. Authorities in the region have said crosses are removed because they violate regulations against illegal structures, but rights groups say demolishing crosses restricts Christianity and religious freedoms.