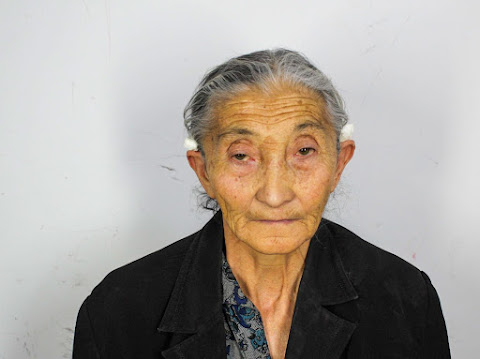 An anonymous source hacked into Xinjiang concentration camps, downloaded files, and decrypted them. The documents reveal over 300,000 personal records, 2,000 photos of prisoners, and 23,000 detainee records. Dr. Adrian Zenz and a media consortium received the leaked documents from the hacker and analyzed them. Most of the documents were written between January and July 2018 before the Chinese Communist Party (CCP) heightened its decryption.

Photos of detainees included armed guards close by, debunking the CCP claims that the “vocational camps” were voluntary. As reported by BBC, the prisoners’ ages range drastically. The youngest photographed prisoner, Rahile Omer, was 15 at the time of her detention; meanwhile, the oldest, Anihan Hamit, was 73. Some images were slightly rotated to aid Chinese facial recognition software, according to Professor Hany Farid of UC Berkeley.  While hard evidence of forced organ harvesting was absent, detainee records included blood type and biometric data collection.

Internal documents referred to prisoners as “students” and prepared guards to “shoot to kill” prisoners who try to escape. Watchtower guards are given sniper rifles and machine guns. Classrooms are heavily monitored with guards standing nearby. Ovalbek Turdakun, a Christian survivor of the camps, verified that guards stood behind students during their “instruction” with shields and handcuffs.

High-ranking central government officials were recorded giving speeches about the camps, many of which are not yet sanctioned by Western countries. Many speeches incriminated Xi Jinping himself the CCP’s Foreign Minister Wang Yi. Chen Quanguo, Xinjiang’s Communist Party secretary, was directly quoted on June 18, 2018: “the General Secretary [Xi Jinping] sent me to Xinjiang in order to make a stable Xinjiang arise.” China’s minister for Public Security Zhao Kezhi also relayed Xi’s instructions for new camps in a speech from 2018: “Within the set time frame, implement increased the numbers of employed [prison staff], enlarge the capacity of and investment into prisons, etc., [using] concrete measures.”

UNHCHR Michelle Bachelet recently arrived in China, but not in an investigative capacity. Fellow partners of ChinaAid called upon Bachelet to release her report on Xinjiang and to visit the prisons.