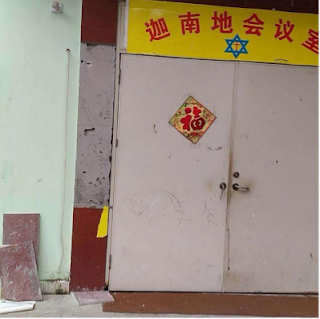 Zhang Xiaoyang requested prayer for Canaan Church, which his father pastors, saying that the landlord recently caved to authority pressure to terminate its lease, even though it should last for six more months. On April 13, a person, likely someone affiliated with the Chinese government, broke a tile on the left side of the church’s door. Three days later, a group of unidentified people broke the church’s door handle. Some Christian women who were rehearsing on the piano saw them and threatened to call the police if they did not leave.

Two other people came that afternoon and proceeded to check the church’s equipment. Christian women had to interrogate them constantly, asking what department they were from, what they were doing, and what their names were, before they showed their work permits. After inspecting the equipment for awhile, they declared the building unsafe and said that everyone must leave. Such accusations are commonly used to interrupt church affairs.


On the morning of April 19, the property owner and management offices cut off the church’s electrical supply, and there is still no electricity.

ChinaAid exposes abuses, such as those experienced by the members of Canaan Church, in order to stand in solidarity with persecuted Christians and promote religious freedom, human rights, and rule of law.