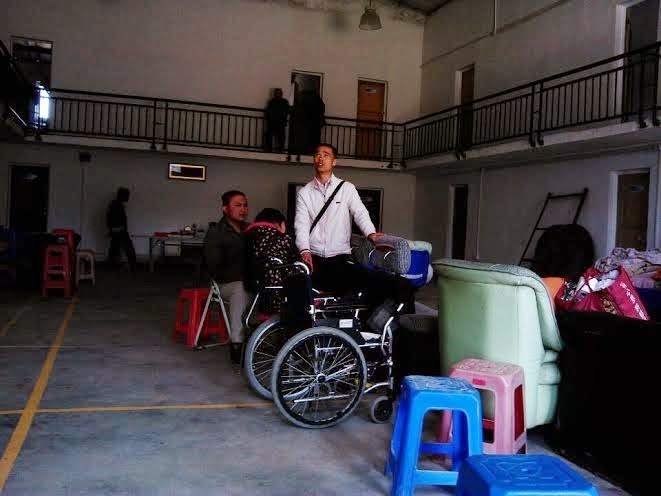 
(Huizhou, Guangdong—March 28, 2014) Authorities threatened to shut down a house church-run care center for the homeless, disabled, orphaned and elderly on March 19 in the southern province of Guangdong, claiming the center was housed in a building that was not legally registered.

The Huizhou Loving Care Center, a branch of the original Christian care center in Shenzhen, Guangdong, expressed their concern that the local government is pressuring the group’s landlord in order to shut down the service.

Staff said police came to the center on March 19, ordering the group to move out of the area. “We would like to keep the farm in Huizhou. The government said they wouldn’t let us live there, and they said they would demolish the house. Then, they said there isn’t a real estate certificate on the house, and it should be torn down,” Huang, the director of the Shenzhen branch, said.

“A government official…said we should move out. I said we have paid the rent and signed a five-year lease. He said no matter what happens, we should move out,” Xiao, the Huizhou branch coordinator, said. “Otherwise, they will do things according to the law. He said our church has not been registered and is illegal.”

“There was no way we could deal with this [threat], so some people have come to my place [in Shenzhen,]” Huang said. He told China Aid that the care center currently provides for 39 individuals in Shenzhen and 19 in Huizhou.

“We came here on Feb. 27, and there are many mentally challenged people [cared for here]. Two people stir things up every day; their mental state is sometimes normal and sometimes abnormal. Two other people make a lot of noise at night, which disturbs others,” Xiao said. “Our place is in the mountains, and the house is very good.” The Huizhou branch of the Loving Care Center was established on a farm near the western station of the Huizou railroad station, described as a setting chosen for its remoteness so as not to disturb anyone.

“The government dares not do serious things against us,” another staff member said on condition of anonymity. “If they exert pressure on the landlord, the landlord may have no other choice but to make us go. He [might] would rather tear up the agreement than let us stay here [given the stated consequences].”

Calls to the Longfeng Government, which presides of the west station area of Huizhou, and to Zheng Defeng, the officer in charge of the case, went unanswered.

The care center in Shenzhen was established in February 2011 by Christians who sought to aid those who were homeless and those with temporary disabilities. Since that time, the ministry has grown to care for those with long-term disabilities, both physical and mental, the elderly and orphans. The Loving Care Center has started a branch in another part of Shenzhen as well.

Founder Cao Nan recently visited Nanle County in China’s central Henan province to show his support for the detained pastor and members of a Three-Self Patriotic Movement Church, reportedly punished for providing ministries similar to Cao’s. While visiting Nanle County, Cao was beaten to the point of hospitalization (see https://chinaaid.org/2014/03/nanle-county-lawyer-meets-with-client.html).