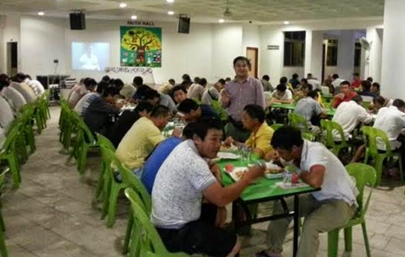 By Rachel Ritchie
(Guangzhou, Guangdong—Dec. 3, 2014) Gatherings at house churches in the capital of the southern Chinese province Guangdong were dispersed by police in November; believers were ordered to cease their meetings and attend a government-sanctioned church instead.

Home of Warmth house church’s congregation consists of about 70 believers, most of whom are migrant workers from other provinces. The worshippers divide up into groups of 20-25 and meet at different locations. The church is located in Panyu District, Guangzhou.

“People [at] Home of Warmth can’t gather together now,” a local worshipper said. “After [police disrupted their gatherings], they went to gather at some other places, and police again interfered. The authorities want them to go and gather at an official church.”

Home of Warmth has been monitored by the police since at least 2009 when police successfully pressured the church’s landlord to evict them.

Other house churches in Panyu District have faced similar persecution, according to other local Christians.