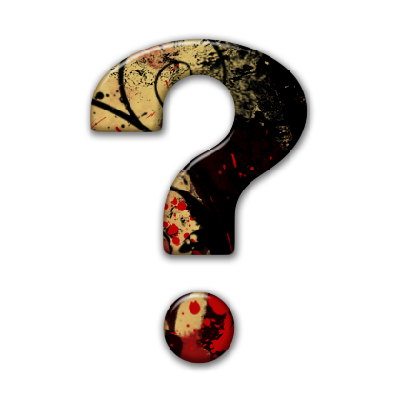 Guest Post: The Mysterious Death of a Christian in China

The Mysterious Death of a Christian in China

Chinese New Year is coming soon. It reminds me of my first and also last reunion with the old girls and boys from high school before the 2008 Chinese New Year. As we chatted and drank tea, the organizer, who used to be our class monitor, causally said, “Yuanming will never make it to our reunion.” She sighed, and everybody in the room became quiet.

In the Chinese school system, teachers often have one student to help them monitor other students’ behavior and speech, and in high schools, the student chosen as the monitor is usually a fervent Communist Party member. Our class monitor found me searching my name on the Internet, because I became completely “out of control” and lost all connection with the class since graduation in 1985.

I was totally clueless about what she announced, so I could not help asking what had happened to Yuanming. I knew Yuanming and she—the monitor—were Party members during the three years in high school. They were close friends. They attended the same university and studied journalism at the same college. She hesitated a moment and whispered, “He committed suicide last fall.”

“How come?” I asked eagerly. She did not reply immediately. Instead, she gave me a warning look.

The other classmates in the room began to ask me about the fall semester I spent at an American college as a visiting scholar. I told them it was an impressive experience. Oddly, at least to me, every now and then someone mentioned Yuanming briefly, as if he were there with us. Yuanming’s story was like a jigsaw puzzle. At the end of the reunion, I had completed about 80 percent of the puzzle.

Yuanming graduated from one of the best universities in Beijing in 1989 and started working for the largest newspaper of the Chinese Communist Party. He was regarded as a young, talented journalist. The Chinese government has always been “generous” about training useful young talents by sending them to Western countries to learn advanced technology. As an excellent Party member and journalist, Yuanming was highly trusted by the government, and his career developed on a fast track. He reported on many important Party conferences and played a crucial role in propaganda. He married a beautiful woman and became a father.

However, a work opportunity took him to the United States, and his whole life was changed. Our class monitor showed her disapproval of Yuanming’s American journey. “He stayed in the U.S. for several years, and who knows, he joined Christianity,” she muttered. When he returned China, the largest Party newspaper declared that he was fired because he broke his contract, and his records that proved his merits and performance were destroyed. In China, no merit record means a dead end in one’s career path.

Although he was an outstanding journalist who published many influential news stories, he could not find a job at any news agency. At that time, the website business was mainly in the private sector, because only a small number of Chinese were Internet users, and the government did not bother to control it yet. He got a job managing a website. In about one year, thanks to his hard work and talent, his website became popular among Chinese intellectuals. Then, he “committed suicide.”

It would be an understatement to say that his death was really mysterious, to say the least. I began doing some research about his tragedy recently. I could hardly find any information about him. Only two or three of his former colleagues and friends wrote blogs to eulogize him after his death. However, to my surprise, they all, including his best friend, said he died of a stroke. They praised him as a hardworking professional who failed to take good care of his health.

Several questions have been bothering me about Yuanming’s death. Was his Christian faith in any way related with his “suicide,” as suspected by our class monitor? If not, what caused Yuanming to make such a rash decision? Why did Yuanming’s friends and colleagues lie in their blogs?

The Bible says, “Do not be a fool—why die before your time?” (Ecclesiastes 7:17). Being a Christian, we believe in God’s unconditional love. We are blessed by Him with hope and faith. Although we may get depressed from time to time, “we believe that the act of suicide never takes place apart from demonic influences driving one to take their own life” (Pastor’s Bud & Betty Miller, http://bibleresources.org/suicide/). Our life is a gift from God. Our life does not belong to ourselves, but to God.

Given the nature of the Chinese government and its obsession with secrecy, it is hard to come to a factual conclusion of what caused Yuanming’s death. Did he died of a stroke as alleged by the regime? Did he commit suicide overwhelmed by persecution? We may never know for sure. As for me, while I cannot present hard evidence, but having lived in China for more than 40 years under the same conditions, I am convinced it was caused, directly or indirectly, by the regime—an oppressive government that deprives its citizens of their freedom of religion and other fundamental liberties.

Had Yuanming felt free to share his beliefs, his doubts and his challenges with others; had he been free to communicate with his pastor or his Christian brethren, I believe he would not have made such appalling decision. Unfortunately, those friends and colleagues who lied about his death are still living in fear.

What then shall we say to these things?
If God is for us, who is against us?
(Romans 8:31)

Jinghong Cai is a guest contributor at ChinaAid. You may follow her