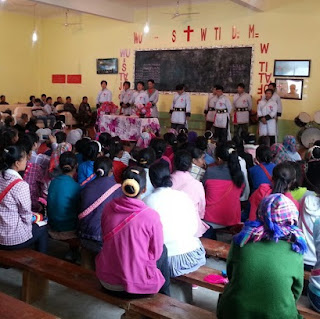 (Zunyi, Guizhou—June 27, 2016) Authorities in China’s central Guizhou province threatened to detain Christians from a house church if they failed to register with the government-run Three-Self Patriotic Movement (TSPM).

Mou, the man in charge of Huaqiu Church, spoke with China Aid’s reporter on June 15 about the recent threats.

“Now, [authorities] want to purify us. They ordered us to go to the county religious affairs bureau to register. If we don’t go register, they will call on our believers, command us to confess at the local police station and detain us for five days. [They said] if we did not go, we would be detained for 15 days. … Today, personnel from the central public security comprehensive management commission and the civil affairs bureau came to my house and asked how many people meet here. I told them that there were only seven people meeting at my house. Now, we are gathering at Huaqiu Church.”

Additionally, authorities required that the church’s attendees submit their personal information after the church held a service last week, which officials termed an illegal gathering. They also dispersed a Sunday school meeting and questioned the teachers.

Historically, on July 1, 2014, the government issued a notice that demanded that Huaqiu Church’s newly-constructed building be shut down and destroyed on charges that it had been built without approval, ignoring the permits Mou had obtained in 2013. The move elicited strong opposition from local Christians, prompting the government to say that the structure could remain if the church members register with the TSPM. When they refused, authorities reiterated their plan to destroy the building.

The church members sued the Bureau of Land and Resources in April 2015, and demanded that the penalty be overturned, but the court rejected their request. They appealed to a higher court, which upheld the original ruling. Fortunately however, the church was never demolished.

China Aid exposes abuses, such as those experienced by Huaqiu Church, in order to promote religious freedom and rule of law in China.