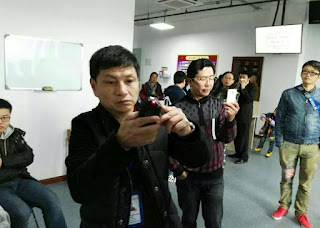 (Guiyang, Guizhou—Oct. 16, 2018) Authorities in the capital of China’s southern Guizhou province shut down three unregistered churches on Oct. 8, indicating that they violated the Regulations on Religious Affairs.

The three churches are all located in Guanshanhu District, Guiyang, Guizhou, and were informed that they met in buildings unapproved by the government, which authorities alleged transgressed the regulations. According to Chinese law, churches must register with the government and submit to its censorship. Otherwise, they can be subject to forced closure.

Guizhou province has a history of persecuting churches. Both Jinguan Church and a branch of Huoshi Church were harassed by the government on Sept. 30, and others in the province’s capital received a notice from the local religious affairs bureau, stating that they had overstepped regulations and were not allowed to host their services.

Many churches who did not join China’s state-run churches had to stop holding events.

China targets churches in an attempt to “Sinicize” religion, or forcibly align them with Communist Party ideals, and the government has openly lauded churches that make strides towards their aim. In Songhuilu Church, a bookstore and a “Christian Sinicization Center” were established, with the local United Front Work Department sponsoring 40,000 yuan [$5,787.12 USD] for books.

The room is set up with “Sinicized” features, and the bookstore includes titles deemed in the spirit of the countries religious policies or those that the love of country and religion. Other volumes address religion, philosophy, traditional culture, family, and marriage. The church’s pastor, Chen Xihe, said, “The purpose of establishing the center and bookstore is to advance Christianity’s Sinicization and guild religion to fit into socialist society.”

ChinaAid exposes abuses, such as those suffered by Christians in China, in order to promote religious freedom, human rights, and rule of law.