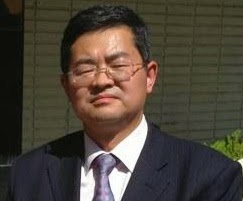 
In the context of an increasingly intensifying church and cross demolition campaign, which started in Zhejiang province this year, a meeting was held on Aug. 5, 2014, in Shanghai, by China’s government-sponsored China Christian Council (CCC) and National Committee of Three-Self Patriotic Movement of the Protestant Churches in China (TSPM) to commemorate the 60th anniversary of the TSPM and to have a seminar on the sinicization of Christianity.

The sinicization of Christianity refers to customization, localization, and contextualization—principles proposed when the TSPM was created. Initially, customization was proposed because many believers and churches influenced by nationalism were determined to get rid of the control of foreign missionary agencies, establish churches with their own efforts, and realize the churches’ self-governance, self-support and self-propagation by Chinese Christians. Nevertheless, the TSPM was soon controlled by the Communist Party of China and became an effective tool for the communist government to exercise full control over Chinese churches, reform Christian churches and implement religious policies. The so-called customization and sinicization turned into a process of cutting the ties between Chinese churches and the global church and reforming Christianity comprehensively with communist ideologies and so-called Chinese culture.

Since the Communist Party took power in China, it has always been promoting the process of sinicizing Christianity. The fact that sinicization was highlighted at this meeting reveals that the Communist government will make great efforts to completely reform and castrate Christianity, not only in the areas of theology and doctrine, worship and ceremony, and organization and structure, but also targeting exterior things, such as Christian logos and buildings, so as to remove features undesirable to the authorities and impose a multitude of features beneficial to the ideology and rule of the Communist government. Actually, this reality was exposed long time ago in Reverend Zhao Tian’en’s [Editor’s note: Zhao Tian’en is better known as Jonathan Chao] book History of Christianity in China: 1949-1997:

Although the Communist government has always claimed to implement the policy of religious freedom, its agenda remains the same: causing religion to perish. Take Christianity for example. Through the establishment of TSPM, the government spent a whole decade on reforming Chinese churches from inside out. Even during the time when “the ideology of Revisionism” was practiced, a moderate approach towards religion was adopted only because the government believed that religion could contribute to the “united front” and bring benefits to “socialist construction.” Religious believers, however, were still subjected to reform so that their religious belief could gradually be replaced by communism.²

The forcible cross demolition campaign this year is also a component of the sinicizing Christianity policy implemented by the Communist government’s religious affairs administrations on the national and the grassroots level. After forcible demolitions started, hearsay from many sources had it that this policy was confined to Zhejiang province alone and authorized by Xia Baolong (the Communist Party Secretary of Zhejiang province) while the central government was not aware of it or not approving of it. Recently, word has it that top officials of the Ministry of the United Front, who came to Zhejiang for investigation and research, explicitly asked the local authorities to stop demolishing cross. In fact, without top officials’ connivance, Xia Baolong would not have dealt harshly with the cross—an extremely sensitive matter of Christianity. The highlighted subject of sinicizing Christianity by the CCC and TSPM also clearly conveys that comprehensively reforming, taming, and even castrating Christianity, with regard to both doctrine and architectural design, was, is, and will continue to be a policy approved and carried out top-down by the Communist government’s religious affairs administration.

It was guided by the principle of sinicizing Christianity that Zhejiang authorities [placed] decrees like “see clearly the political issues behind the cross,” and “take up the dominant position of control in the ideological realm” in their official documents. Regarding Christian structures, in the second part of the record of the TV and telephone conference on the “Three Rectifications and One Demolition” campaign that involves the handling of illegal religious structures by Zhejiang’s municipal and county-level officials, it says to “establish long-term work mechanism. Speedily research and devise criteria for the selection of sites for religious activities, size of structure, exterior look, architectural style, etc. and technical specifications, which mush fit with religious tradition, reflect ethnic features, and be compatible with surrounding environment.”

According to a [Chinese] news report by China Aid Association on May 2, 2014, a believer from Wenzhou told journalists [part of] the content of a document from Zhejiang’s ethnic and religious affairs agency: “1) rectify crosses; 2) demolish illegal structures, like church venues set up by Christians without the government’s approval; 3) establish a long-term mechanism… The next step is to make the architectural and technical standards for Christian structures consistent with the cultural features of Chinese people.”

While demolishing crosses forcibly, Chen Yixin, the Party Secretary of Wenzhou, also emphasized “dominating rural cultural scenes with red sanctuary [sic]” and “Cultural auditorium is not just a building; it should be a group of architectures, an agglomeration [sic].” Chen also emphasized that ideology and culture are lacking in rural areas and therefore, Wenzhou’s party committee and government at all levels need to use the “red culture” to guide people in constructing authentic, rural spiritual homes, in which people can be influenced, educated, inspired, and grow.”³

These documents reveal that the authorities intended to add Chinese characteristics to Christian structures (churches and crosses). In other words, they intended to sinicize Christian buildings. With the cross being removed, church buildings may not look much different from a regular building and will not conflict with the distinctive characteristics of Chinese society and environment. Renaming churches as “cultural auditoriums” can directly make Christianity reflect Chinese culture and the “red” culture. Therefore, cross demolition has become an important step towards sinicizing Christianity.

In this situation, Christians need to see through Satan’s tricks and the enemy’s schemes and be strong in God’s mighty power. As is said in Ephesians 6:11-13, “Put on the full armor of God, so that you can take your stand against the devil’s schemes. For our struggle is not against flesh and blood, but against the rulers, against the authorities, against the powers of this dark world, and against the spiritual forces of evil in the heavenly realms. Therefore put on the full armor of God, so that when the day of evil comes, you may be able to stand your ground, and after you have done everything, to stand.”


¹See “A meeting in Shanghai commemorating the 60th anniversary of Three-Self Patriotic Movement of the Protestant Churches in China and a seminar on the Sinicization of Christianity” on http://www.ccctspm.org