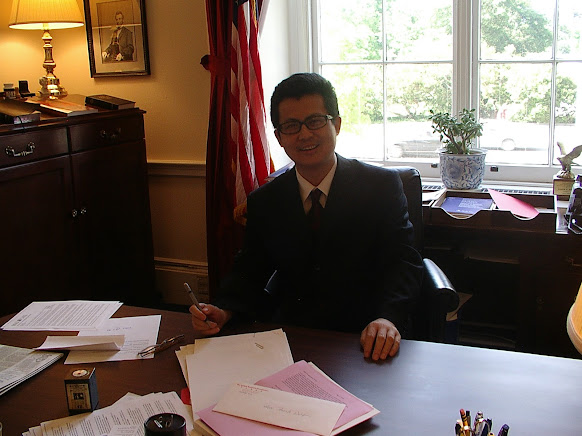 Dr. Yang Maoping, the sister of rights activist Guo Feixiong, announced on July 21 that the Guangzhou prosecutors had filed three charges against her brother. Yang Maodong published articles online under the pseudonym Guo Feixiong; created the website World Constitutional Democracy Forum; published articles on the site by himself and others inciting subversion of state power. On January 27, 2021, he gave an interview to Radio Free Asia when he was barred from traveling to the United States to care for his sick wife.

As of July 21, Dr. Yang Maoping said, “Yang Maodong is still on hunger strike and has been on hunger strike for 227 days.” The prolonged hunger strike has caused him to lose weight, severely damaging his health, and he has had to rely on nasal feeding through a stomach tube to survive.” Last month Dr. Yang Maoping warned that Yang’s life would be in danger if his weight loss continued. She called on authorities to consider humanitarianism.

The authorities’ allegations against Yang Maodong did not go beyond the domain of free speech; Yang, who often went by the name Guo Feixiong, used his philosophical knowledge and expertise to publish several articles in the series on “Philosophical Reflections on Conservatism” and several political commentaries. These publications were later used as evidence for the charge of “inciting subversion of state power.”

Inciting subversion of state power has long been a tool for prosecuting free speech, and many cases of human rights defenders and dissidents have been labeled and convicted under this label. Since its widespread implementation of this charge, more than 200 Chinese pro-democracy activists have been sentenced to long prison terms ranging from about 10 years before 2010. Hundreds of writers and journalists have been sentenced under the charge, including the famous case of Nobel Peace Prize laureate Dr. Liu Xiaobo, who was sentenced to 11 years in prison and died in the hospital without parole.

Guo Feixiong sent an open letter to Chinese Premier Li Keqiang last year appealing for permission to travel to the United States after he asked to leave the country to visit his cancer-stricken wife, Zhang Qing, when she was critically ill. Authorities barred him from leaving the country, and he refused on the pretext that he had not confessed to his crimes according to the “version” of the authorities.

In January 2021, security personnel intercepted Guo Feixiong and immediately detained him as he tried to board a flight from Shanghai to the United States. His wife, Zhang Qing, died in the United States on January 10, 2022, and the couple never got to see each other one last time. After Zhang Qing’s death, authorities again refused to allow him to leave the country to attend his wife’s funeral.

During Guo Feixiong’s detention, Guangzhou Public Security Bureau denied his defense attorney Ding Kai and his sister, Dr. Yang Maoping, numerous written and phone requests to meet with him on the grounds that the case had not been transferred to the prosecutor’s office and that state secrets are endangered. Guo went on a hunger strike for more than six months to protest.

Guo Feixiong joined the student democracy movement in 1989 and joined the rights movement in 2001. In 2006, prominent human rights lawyer Gao Zhisheng was arrested for launching a hunger strike; Guo Feixiong was also arrested for rescuing lawyer Gao Zhisheng. On May 15, 2007, he was indicted; during his secret detention, he was tortured to extract confessions, including having his male genitals hit with electric batons. Guo attempted suicide by banging himself against the glass because he was unable to cope with the humiliation and torture. On November 12 of that year, he was sentenced to five years in prison and was released on September 12, 2011.

In April 2013, Guo Feixiong was believed to be one of the organizers and coordinators of a campaign in eight Chinese cities in which citizens held signs in the streets demanding that Communist Party officials disclose their assets. On August 8, 2013, Guo was criminally detained in Tianhe District Detention Center in Guangzhou City. During his detention, he was “not allowed to go outside” (banned from outdoor activities) for more than 470 consecutive days. According to Article 25 of China’s Detention Center Regulations, it was clearly stated that “there shall be one to two hours of outdoor activities per day.”

Guo Feixiong was detained for long periods of time with more than 30 other people in a crowded cell of about 30 square meters. Article 27 of the Chinese Ministry of Public Security’s “Measures for the Implementation of the Regulations on Detention Facilities” stipulates that “the average area of a residential cell shall not be less than two square meters per person.” The poor conditions of detention caused Guo physical and mental suffering and constituted torture.

In 2013, the court police of the Tianhe District Court in Guangzhou City who escorted Guo Feixiong to the Tianhe District Court, deliberately cuffed his hands behind his back, cuffed his feet, and made him wear a black hood; they tightened the cuffs to the point where iron cuffs were sinking into the flesh of his hands and feet; this dehumanizing abuse and torture violates the UN Convention against Torture and Other Cruel, Inhuman or Degrading Treatment or Punishment, which had entered into force for China.

Guo was sentenced to six years on November 17, 2015. At that time, diplomatic officials from the U.S., Canadian, British, and German embassies came to the courtroom in solidarity. He was released from Guangdong Yingde Prison on the morning of August 7, 2019, after completing his sentence, until he was arrested again in January 2021. Under Xi Jinping’s rule, the already fragile civil society of Chinese society has disappeared, leaving little room for Chinese rights activists, and many have abandoned the cause, but for Guo Feixiong, it is better to die heroically for a cause than to live humbly for one.