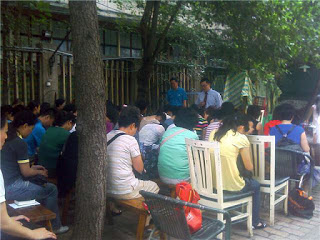 Henan church to be converted to hotel

(Zhengzhou, Henan—May 29, 2019) Authorities in China’s central Henan Province laid claim to a state-run church worth approximately $1,446,257.00 USD with the intent of transforming it into a hotel, ignoring the protests of its attendees.

The officials began by banning the church last year and forbidding the church members to hold worship services. Afterward, the government dispatched personnel to watch the church. However, the Christians continued to hold meetings, prompting the officials to reiterate their prohibition earlier this month. At the time, the authorities also ordered some of the Christians to go to the local ethnic and religious affairs bureau. Of this visit, one Christian said, “…the leaders were polite and didn’t announce they would seize people if we held services again, but we must hand our church over [to them]….”

Bureau personnel then informed the Christians of their plans to turn the church into a hotel. In response, the church members have been debating on what to do, wanting to keep the church a place for Christian worship while not engaging in a conflict with the government.

One of the church’s congregants said, “[Government officials] intend to seal our door, but we have no idea how to fight. We shouldn’t have conflicts with them because they are strong police officers. We won’t allow them to seal it, but we are helpless.”

The Christian continued by saying that the government has shut off the church’s electricity in the past, despite some of the church members gathering to prevent them from doing so, and the Christians were dragged away.