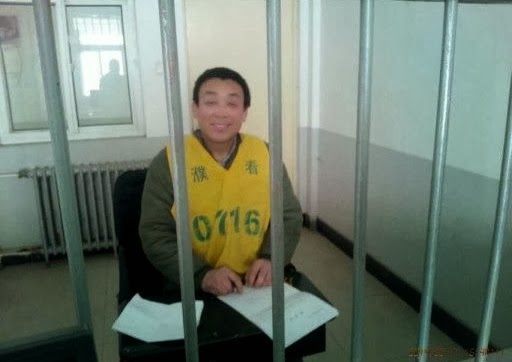 While details from the trial have not yet been reported, prominent rights defender Xia Jun, who worked to defend believers detained in the persecution against the Nanle County Christian Church, called for all those who could attend the hearing to do so. Xia is currently in the United States in an effort to avoid detention.

“This is an important incident in China! It concerns the direction of the future of freedom of belief and the guarantee of human rights in China,” Xia said.

Yet another lawyer, Yang Xingquan, who has visited Nanle County many times during this series of persecution, also commented on the trial, via SinaWeibo, a Chinese Twitter-like service.

“When a vulnerable social group faces a dilemma in which there is no way it can fight for its rights, he bravely stands out, fearless of the arrogant, powerful, dark, and shameless forces,” Yang wrote. “He not only teaches people in church to love each other but he also shows his love with his actions. He is Pastor Zhang Shaojie from Nanle of Henan province. No matter how the earthly judicial department regards him, I want to say: China needs tens of thousands [of] pastors like Zhang Shaojie!

Of the 24 detainees, six remain in detention and three are being held in an illegal detention center. Those in detention are Zhang Shaojie, Fan Ruiling, Zhang Cuijuan, Zhao Zhijun and Zhao Junling. Wu Guishan, Zhao Guoli and Li Cairen are all missing, having last been held in an illegal black jail (see https://chinaaid.org/2014/01/exclusive-identity-of-12-detained-nanle.html and https://chinaaid.org/2014/02/black-jail-exposed-in-nanle-county.html).