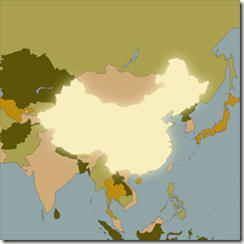 DUBLIN, July 29 (CDN) — Authorities this week sentenced Shi Enhao, deputy leader of the Chinese House Church Alliance (CHCA), to two years of “re-education through labor” – a sentence that requires no trial or conviction, according to the China Aid Association (CAA).

Shi was officially charged with holding “illegal meetings and illegal organizing of venues for religious meetings,” due to his leadership of a house church movement of several thousand people meeting in several venues around Beijing, CAA reported.

Zhang Mingxuan, president of the CHCA, has also faced multiple arrests and detentions since founding the alliance in 2005.

Police have since ordered Shi’s church members to stop meeting for worship and confiscated musical instruments, choir robes and some 140,000 RMB (US$21,740) in church donations. They also raided Shi’s house on June 1 and have threatened and intimidated Shi’s wife, Zhu Guangyun, and their four adult children, according to the CAA.

Police initially detained Shi and other church leaders following a raid on May 31 in Suqian city, Jiangsu Province. Most other leaders were released within 24 hours but police sentenced Shi and fellow leader Chang Meiling to 12 days of administrative detention before formally placing Shi in criminal detention on June 21, according to CAA.

Shi’s sentencing to labor camp comes as China’s government is embroiled in conflict with Beijing Shouwang church, which has attempted to meet outdoors since April 10 after the government blocked the congregation’s ability to secure a permanent worship venue. (See www.compassdirect.org, “Beleaguered Chinese Church to Provide Legal Aid to Members,” June 30.)

Last Sunday (July 24) police arrested a further 35 Christians who attempted to meet at Shouwang’s outdoor worship venue; 21 were released by midnight. Police held the rest for at least 24 hours, pressuring some of them to sign statements agreeing not to travel to the worship venue again, according to a statement issued Wednesday (July 27) on Shouwang’s Facebook page.

Critics of the controversial stand taken by Shouwang church say that large house churches should split into smaller groups to avoid clashes with authorities, but as CAA has pointed out, Shi was charged and sentenced despite dividing his church in this way.

Joint House Church Petition
On May 8, Autumn Rain church in Chengdu, Sichuan Province informed its members that “In response to the Beijing Shouwang church incident … Elder Wang Yi will join with the pastors and preachers of dozens of house churches in signing a citizens’ petition to the National People’s Congress seeking a resolution of the church-state conflict and a guarantee of religious freedom,” Christian Newswire reported.

Some 17 house church pastors eventually signed the petition, the first of its kind in 60 years of Communist rule, indicating the increasing determination of China’s “third church” – congregations that function openly but decline to register with the government – to secure greater freedom of worship. Protestant churches are required to register through government-appointed bodies such as the Three-Self Patriotic Movement (TSPM), but Chinese Christians accuse the TSPM of censoring sermon material, strictly controlling the appointment of ministers and dictating questionable theology.

While officials did not respond publicly to the petition, their response to Shouwang’s protest seemed to intensify.

“Before the petition, the suppression of Shouwang church members focused on preventing them from gathering for outdoor worship … Now it seems the authorities want to demonize Shouwang church,” Fu said in an interview with Radio Free Asia shortly after the petition was submitted.

“The security agencies have reportedly held a special meeting that included ministers from the Beijing Joint Ministerial Prayer Fellowship,” Fu added. “The idea conveyed was that this matter with Shouwang had already reached a point of no return, and the church was sure to be disbanded and destroyed.”

‘Explosive Growth’ Threatens
Threatened as officials are by the breakdown of Communist ideology and nationwide protests against corruption and human rights abuses, the government’s conflict with China’s “third church” is critical in the fight to maintain social control.

An article analyzing the “Reasons for the Rapid Growth of the Protestant Church in Today’s China,” written by government advisor Ma Hucheng and published by the China Social Sciences Press in June 2010, gives some clues to the government’s mindset. According to translator Tony Lambert of the Overseas Missionary Fellowship, the article shows that “the experts advising the Chinese government at the highest level recognize the enormous growth of Protestant Christianity as a fact and predict that this growth will be so explosive in the coming decades that it may well change the face of China.”

The government article points specifically to the “system of missionary expansion” within Christianity and its claim to absolute truth.

“On a global scale the Western world promotes ‘universal values’ and a political system with Christian culture at its heart,” Ma states. “Western powers, with America at their head, deliberately export Christianity to China and carry out all kinds of illegal evangelistic activities. Their basic aim is to use Christianity to change the character of the regime in power in China and to overturn it.”

Ma also claimed that Christianity would endanger national security by destroying the “present balance between religions” in China, largely because house churches have “avoided government control” and persisted in “illegal Christian evangelism.”

Ma predicted an increase in the Christian population to around 150 million within 50 years; current estimates range from 60 to 130 million. He also quoted scholar Lu Daji, who estimates that the number of Christians could increase to 200 million within 20 years.

“Faced with this abnormal growth, we must undertake State interference, and take legal and administrative means so that religion does not have a free market and expand out of control,” Ma concludes.