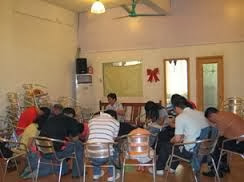 
(Dujiangyan, Sichuan—Nov. 13, 2013) In another case of believers legally defending their rights, one couple demanded last Thursday that police in the southwestern province of Sichuan return possessions that had previously been confiscated in illegal raids of the couple’s home.

Cao Shuliang and his wife, Zeng Xiangbi, had their house raided three times in the past year. Each time, officers from the local police station and the Domestic Security Protection Department forced their way into the home and confiscated many items. The officers destroyed many of the couple’s belongings that weren’t confiscated.

In addition, the officers forced Cao and Zeng to go the police station where they were kicked and beaten. The officers never once showed identification.

However, the couple was recently educated about the laws concerning religion.

With this newfound knowledge, Cao and Zeng attempted to reclaim their possessions from the police. When confronted, the police chief, who also claimed to head internal affairs, said he knew nothing of the events except that the gathering was illegal and people had been detained.

The police chief, whose badge number is the only known identification, told the couple that, in order to claim their belongings, they would have to speak with police officer Wang Daxiang.

Wang, who participated in the raids on the couple’s home, told the couple that they could come back the next day to claim their belongings.

“When they robbed us, they were like hungry beasts. Now that we want them to take legal responsibility, they shirk the responsibility and blame each other,” the couple told ChinaAid.

The couple, house church missionaries from Chongqing Municipality, a southwestern city directly under the control of the Chinese government, first came to Dujiangyan after the 2008 Sichuan earthquake.

The couple rented a house and formed a small church there.

It is ChinaAid’s belief that in addition to living a normal religious life, church members should also study the laws and regulations concerning religious affairs in order to safeguard their legitimate rights. Christians can rely on the relevant laws and apply for administrative reconsideration or submit an administrative lawsuit in accordance to the law when their rights are violated. Another case of believers learning about law and religion can be read at https://chinaaid.org/2013/10/believers-defend-their-rights-in_28.html