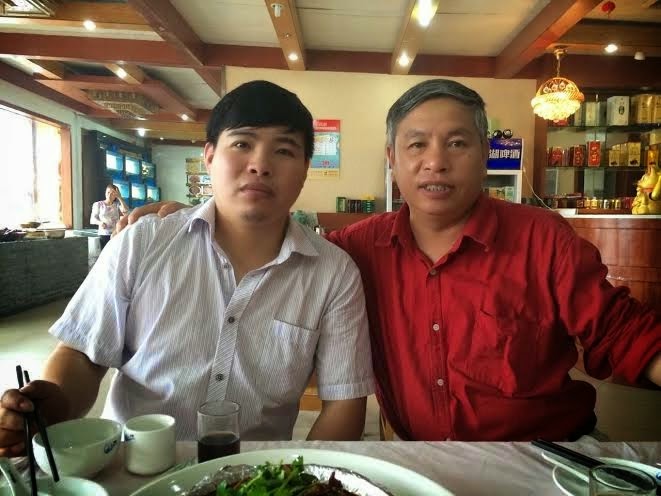 Pastor Liu Fenggang, a Beijing house church leader, and Zhang Shengqi, founder of the Chinese Christian Journalists Association, were traveling from Beijing to Wenzhou, with a stop in Zhejiang’s capital, Hangzhou, on May 31 and June 1, when they began to encounter trouble from officials.

“As we were checking into the hotel where the local church had arranged for us to stay, we were surprised to find they had been prompted to request our identification cards for registration,” Zhang said. “Aware of how sensitive our identity was and the ongoing demolition of churches and crosses in this area, Pastor Liu and I decided to deliberately avoid [the exposure] by presenting our friends’ identification cards instead. Nevertheless, they knew very well who we were.

“The local government was very nervous,” Zhang said. He said officials in Wenzhou asked why someone affiliated with China Aid was traveling with Zhang and Liu if the group was really only arranging a concert. “They suggested that we skip the show, and since there are five of us, we should all go back. Otherwise, there is now way that our concert will ever take place.”

Zhang said the group was unable to reach a quick decision about what to do next so they went back to Hangzhou from Cangan County. “Upon arriving in Hangzhou, we received a call from the Hangzhou Domestic Security Protection Squad. They had checked up on the church member who loaned us his car during our stay in Hangzhou. Our driver was also under investigation,” Zhang said.

“The caller said his leaders were paying special attention to our trip to Hangzhou. They would like to know what on earth we were there for,” Zhang said. “Did we have any intention to interfere with their local affairs? He asked that we not get involved in things. If we did something against the law, they would not treat us politely. Though speaking seriously, they used a relatively friendly tone.” Zhang said that the caller’s last name was Lin.

The group agreed to meet at the township police station at 10 a.m. on Sunday, June 1. “Officer Lin talked to us, with respect. We explained to him that the fellow driving us around was just a friend,” Zhang said.

“In response to their asking if we had any thought or opinions about them, I replied ‘yes, of course,’ and told them we knew they were tearing down churches and that we were keeping it in mind

“Pastor Liu has a humanitarian work studio through which we planned to help a little Christian girl who had been paralyzed and in bed for 10 years,” Zhang said. “She is very ill. With some tens of thousands of yuan donated from Pastor Liu’s studio and myself, we intend to help contribute to this little girl’s treatment. Our trip’s goal was also to raise funds among believers by producing the concert. Then, we’ll appeal to churches all over the world to provide assistance so that the patient can receive proper treatment.”

Zhang and Liu did address the demolition campaign while speaking to Lin. “Even though these are the churches you have destroyed, I said, and they are your own churches, our hearts are sad at the sight of fallen crosses. We hope you will stop,” Zhang said.

After the discussion, both Zhang and Liu decided to return to Beijing, missing the concert.

Liu has made efforts to help Burmese refugees, including coordinating with international humanitarian aid organization in March 2012 when refugees were fleeing the civil war and traveling to China’s southwestern Yunnan.

Zhang has also repeatedly reported on the plight of Christians on the Yunnan-Burma border so that the “life of the refugees could be known to the outside world. Both men was been subjected to constant monitoring by public security bureaus (see https://chinaaid.org/2012/06/beijing-house-church-pastor-liu.html).