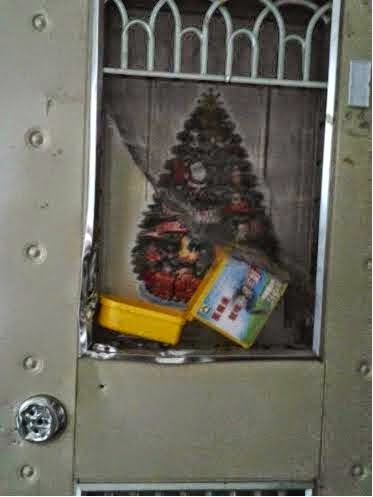 (Guangzhou, Guangdong—June 30, 2014) Two house church Christians in China’s southern Guangdong province were taken into custody by officers from the neighboring Guangxi Zhuang Autonomous Region’s Liuzhou Domestic Security Protection Squad and charged with “illegal business operations” just after midnight on Tuesday. Additionally, a lawyer representing one of the believers was taken into custody after a mishap while trying to meet with his client at the Liuzhou Public Security Bureau.

Between 11 p.m. on June 23 to after 12 a.m. on Tuesday, June 24, a group of then-unidentified police officers attempted to force their way into the Panyu District home of Liangren Church missionary Ma Jiawen, who was in Hong Kong at the time, and his wife, Li Jiatao.

Li, home alone with the couple’s 8-year-old and 4-year-old children, refused to answer the door because of the late hour. After midnight, the officers smashed through the iron front door and entered the home without a search warrant. Officers took Li into custody and confiscated a computer and some religious materials.

Sometime during the night, officers also detained Huang Quirui, a Liangren Church elder with whom Ma and Li are close.

When Ma learned of his wife’s detention, he called the police station in Nanpu Village, where the couple lives, and inquired about Li’s whereabouts. Officers there told Ma that Li was taken by Liuzhou police. When Ma telephoned the Liuzhou Public Security Bureau, an officer told him that Li wasn’t there. However, officials issued criminal detention notices for Li and Huang later that day. The notices stated that the two were being charged with “illegal business operations.”

“They’ve given me a detention order of ‘illegal business operation,’” Ma said on Wednesday. “When the lawyer comes tomorrow, I will know all the reasons for this… They say it’s pursuant to Article 80 [of the Constitution of the People’s Republic of China]. The placed Li Jiatao under criminal detention on June 24…and she is currently detained at Liuzhou Municipal Detention Center.”

“This action by the Liuzhou police had no previous [warning] signs,” said Pastor Wang “Joshua” Dao, who led Liangren Church prior to immigrating to the United States. “What makes it special is that they didn’t take away the missionary, but the wife of the missionary. This is really unimaginable. Besides that, this is a trans-provincial action taken by Domestic Security Protection Squad agents… This is obviously religious persecution.”

On Thursday, Huang’s lawyer, Wen Yu, was the first to arrive and attempt to meet with his client. After officers refused to allow Wen to meet with Huang, Wen attempted to charge his cell phone at the station. “He plugged his cell phone into [the officers’] computer to recharge the batter,” Mr. Du, a local believer, said. “As a result, his phone was seized as they want to check it.”

“I’ve heard [about Wen’s detention],” Fan Biaowen, Li’s lawyer, said. “This is because the Public Security Bureau may have some secrets in the computer.” Fan said he thinks that the officers may have detained Wen because they are worried that he somehow gained access to their private information.

Fan also said that he had originally planned to visit Li Thursday evening or Friday morning, but was worried about the success of the meeting after Wen’s failed attempt.

Meanwhile, Ma asked the officials in Hong Kong to intervene on Li’s as both are Hong Kong nationals, but officials there refused, saying the case had nothing to do with them. Liangren Church has also publicly protested the officers’ use of force to enter Ma and Li’s home and their forcible detention of Li and Huang.

Liangren Church has previously faced persecution from Liuzhou authorities. In February, China Aid reported that two women were detained and charged with “illegal business operations.” Cheng Jie and Mo Xiliu were taken from the Liangren Church-run Hualin Foreign Language Experimental Kindergarten, where the two were the school’s director and a teacher, respectively. Police said that a textbook, made by the church and used for character building, was an illegal business operation. However, because neither the school nor the church sold the textbooks, students weren’t charged a fee to use the textbooks and because the textbooks were used only inside the school, lawyers for the two women claimed the charges were baseless (see https://chinaaid.org/2014/02/two-women-taken-into-custody-from.html and https://chinaaid.org/2014/02/update-lawyers-find-charges-against.html).

Mo was eventually released on bail. Cheng’s case was sent to the procuratorate, but it was returned to the Liuzhou Public Security Bureau for reinvestigation in early June. At this time, it is unknown if charges against Li and Huang are related to those against Cheng and Mo.